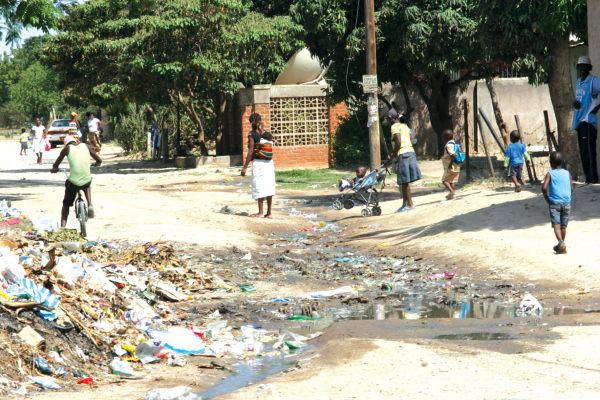 CHITUNGWIZA – Residents of Chitungwiza has urged the local authorities to stop  corruption as it is crippling the town’s poor service delivery.

In an interview with Zim Daily, one of the residents Mr Admire Mutizwa said,” hostilic measures have to be taken against the ongoing corruption among the local authorities as it is resulting in poor  service delivery in the community.”

The residents added the community has been experiencing persistant  water shortages to the extend of receiving water twice a week hence people turning to boreholes where there are long queues and no social distancing resulting in a surge in Covid 19 cases.

He said that illegal allocation of stands has led to fast growing of population estimated over one million yet the towns has less functional boreholes.

In addition ,the residents complained these unplanned illegal allocation of stands has resulted in people not paying rents hence the council  experiencing shortage of funds to repair poor roads as well as improving the dire water situation in Chitungwiza.

Mr Micheal Kuzeya ,a member of Chitungwiza Residents Association(CHITREST) said ,” the challanges are emanating from the council’s unaudited financials.”

He added a lot of residents are not paying  expected charges due to the council as the residents are quite suspicicious  where their funds are working.

Furthermore ,the residents have said  that these poor service delivery of water shortages has resulted in people  violating covid 19 rules, violence as well as exposing Chitungwiza girl child to sexual favours so as  to take water home.

However the residents have implored its local authorities to computerise important information,be accountable  and transparent as well as auditing financial information, collecting rents as per say buying gravel to maintain roads as well as drilling boreholes in wards and regularly servicing them.

Corruption  has been happening in many parts of the country including Kuwadzana,Budiririro and Glenview  surburbs  resulting in poor road networks and poor sanitation for many years.

By Tafadzwa Chapungu CHITUNGWIZA - Residents of Chitungwiza has urged the local authorities to stop  corruption as it is crippling the town's poor service delivery. In an interview with Zim Daily, one of the residents Mr Admire Mutizwa said,' hostilic m...
Share via
x
More Information