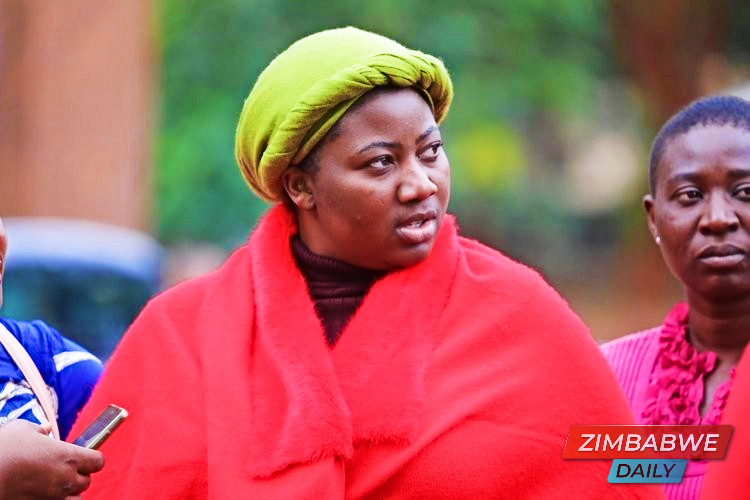 HARARE – High Court Judge Justice Esther Muremba yesterday ordered the immediate release of Joana Mamombe from Chikurubi Maximum Prison where she was had been detained while being assessed since 24 September 2020.

Muremba blasted the decision by magistrate Bianca Makwande as irrational and unnecessary.

Makwande had granted the state’s application that the Harare West MP be examined by two independent doctors and that the mental assessment be done while she is at Chikurubi.

Mamombe’s lawyer said, “the judge said the magistrate erred in coming up with a decision that my client should be locked up.

“She even said if she was to be examined by psychologists, there was no requirement for her to be in prison,” added Alec Muchadehama.

Mamombe is, together with Netsai Marova and Cecilia Chimbiri, facing charges of faking their abduction and making statements prejudicial to the state.

The accusations came after the trio reported that they had been abducted and tortured by suspected state security agents.

Their trial was on hold after Mamombe was hospitalised with reports she was suffering from anxiety disorders. The State claimed the testimony by Mamombe’s personal doctor was insufficient hence her detention at Chikurubi as two state doctors examined her.

The trio will be back in court today.

HARARE - High Court Judge Justice Esther Muremba yesterday ordered the immediate release of Joana Mamombe from Chikurubi Maximum Prison where she was had been detained while being assessed since 24 September 2020. Muremba blasted the decision by magistrate...
Share via
x
More Information