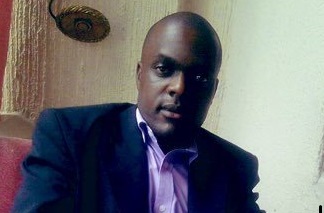 BULAWAYO – Zimbabwe correspondent, Jeffrey Moyo, was denied bail on the basis that he “poses a flight risk and is a threat to national security”.

He is back at the High Court tomorrow for his bail appeal.

Moyo who has been in jail since his arrest was remanded in custody to 10 June at Bulawayo Prison.

Zimbabwe authorities should not contest journalist Jeffrey Moyo’s appeal of a recent ruling denying him bail and should drop the criminal case against him, the Committee to Protect Journalists (CPJ).

Doug Coltart, the journalist’s lawyer, told CPJ that Magistrate Rachel Mukanga agreed with prosecutors that Moyo was a flight risk, and “threat to national security” and that the country’s “sovereignty was undermined because foreign journalists interviewed Zimbabweans.”

If convicted, Moyo could face up to 10 years in jail, according to those reports.

Zimbabwean authorities should recognize that New York Times freelancer Jeffrey Moyo has not threatened the country’s national security, and should not contest his appeal for bail.

It is only because of Zimbabwean authorities’ paranoia about international media coverage that Moyo is facing up to a decade in jail on spurious charges.

In an emailed statement to CPJ, New York Times spokesperson Danielle Rhoades Ha said the paper was deeply disappointed by the magistrate’s decision and urged the High Court to grant Moyo bail

BULAWAYO - Zimbabwe correspondent, Jeffrey Moyo, was denied bail on the basis that he “poses a flight risk and is a threat to national security”. He is back at the High Court tomorrow for his bail appeal. Moyo who has been in jail since his arrest was ...
Share via
x
More Information