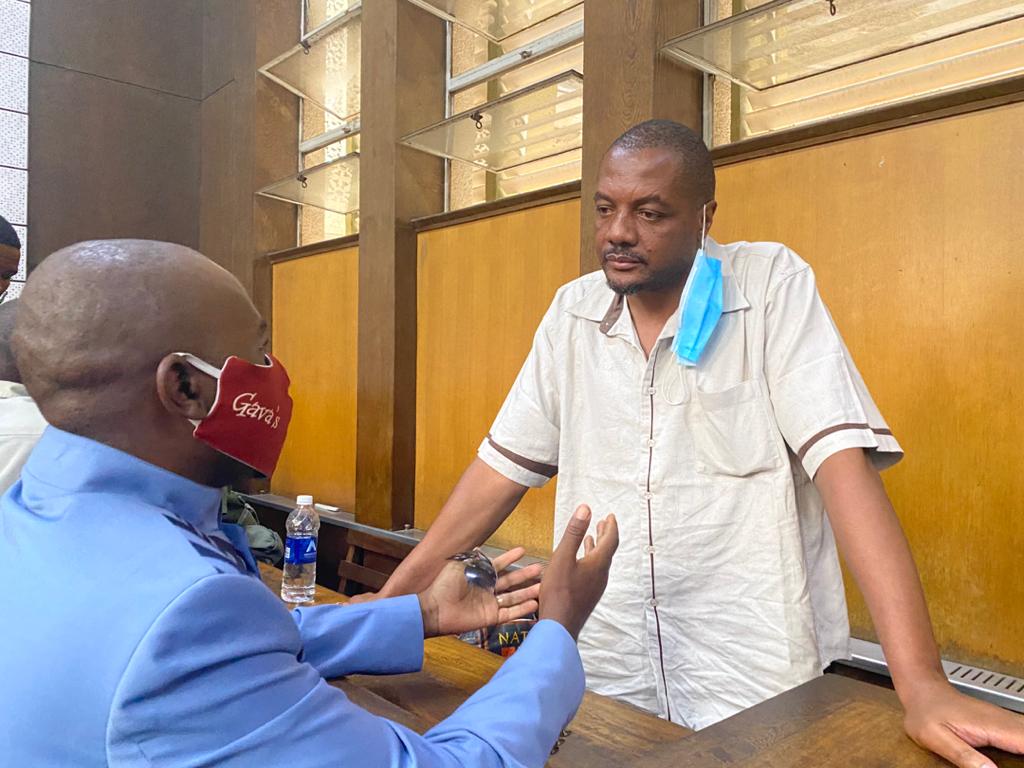 Speaking after the court proceedings at Harare Magistrate Court, Advocate Chamisa said, “I am here because democracy is under attack. The attack on Hopewell is an attack on professionalism and an attack on journalism. Freedom is being affected and attacked in Zimbabwe. I am not just coming here in solidarity with the person, but I am also here in solidarity with the profession. The profession of journalism. Journalists must be allowed to attack corruption. They must be allowed to expose  corruption that’s why we are here to give support and solidarity to Hopewell and also to the hope of the people”.

Human rights lawyer, Beatrice Mtetwa said they applied for bail and the magistrate will make a ruling tomorrow.

Magistrate Gofa on Wednesday reserved the judgement on Hopewell Chino’no’s bail application for the latest charges of contempt of court.

The veteran journalist was arrested more than a week ago because of the comments he made on Twitter about the alleged capture of the judiciary system in the country.

Chino’no claimed that the National Prosecuting Authority was not opposed to Henrietta Rushwaya’s bail application following her  arrest while trying to smuggle 6kgs of gold at Robert Mugabe International Airport.

The claims seemed to be true as the Prosecuting team initially consented to the bail.

His lawyers are arguing that Chino’no is a perfect candidate for bail because he has never been convicted of any crime before and that he already has his passport and property deeds surrendered to the authorities as part of the bail conditions for his pending incitement of public violence charges.

The last time Chino’no was arrested, he spent almost two months at Chikurubi Maximum Prison before being granted bail after there was an outcry from both the local and international communities.

Many believe he is being persecuted for his fearless investigative work which is exposing corruption involving senior government officials.

Man found with human body parts in freezer stabs himself