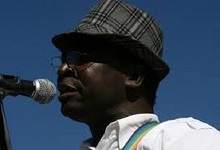 ZIMBABWE – The musician’s name is Jonah Moyo, and although he leads a band called Deverangwena Jazz Band, his music genre is sungura.

That a “jazz band” would play sungura, is confusing. Could it be that local musicians suffer from an identity crisis? The group’s music was a fusion of rhumba from Congo, benga from Kenya and mbaqanga from South Africa — contrary to their name.

Jazz music, often described as classy music for the elite, has mostly found no takers in the country. It is hardly played in kombis, nightclubs and other places, yet it remains the world’s finest music. Local promoters shun it because it doesn’t bring along the much-needed monetary fortunes.

Music analyst Fred Zindi said jazz music remained unpopular in the country because it is a “sophisticated genre”.

“Jazz is like abstract art. It has always been classified as music for snobs. The widespread use of improvisation and syncopation and its sophistication distinguishes it from ordinary musical traditions or pop music. Not many people are into sophisticated things,” said Zindi.

“It is a sophisticated genre and will remain an area embraced by music snobs. Some people will pretend to like it in order to impress others so they can be perceived as sophisticated persons. Because of its sophistication, few people understand jazz, so very few people will listen to it. Promoters are after a quick buck and therefore will not touch it.”

Zimbabwe boasts of jazz artistes in the form of Victor Kunonga, Jabavu Drive and Summer Breeze, among others. According to Wynton Marsalis — an internationally-acclaimed American jazz musician — the real power of jazz is that a group of people can come together and create improvised art and negotiate their agendas and that negotiation is the art.

But the introduction of the United States dollar in Zimbabwe changed the minds of many promoters and musicians, resulting in them diverting to other genres for the sake of survival.

Music Crossroads director Ma-thias Bangure said there were no real jazz musicians in the country.

“The term ‘jazz’ has not been accurately defined in Zimbabwe. Nobody really plays jazz music here. Afro jazz, some call it, but I don’t feel the jazz in there. But if they say Afro-fusion, yes, we agree,” said Bangure.

“We don’t have jazz bands in Zimbabwe. Though bands like Jabavu try to play some jazz classics, they mix it with other genres.”
The once-vibrant Winter Jazz Festival has failed to live up to expectations as an event meant to celebrate jazz music in the country. At one point organisers had to hire the services of dancehall sensation Winky D and dendera musician Sulumani Chimbetu to draw crowds.
During the festival, it was embarrassing to hear the usual whistling and ululations by Sulumani at an event where one would have expected the sound of the acoustic guitar and the lovely congas.

“Jazz music, despite its roots in the struggle of the poor, today is a choice of the elite in Zimbabwe. The choice of music in adulthood is heavily influenced by parents or environment,” said music analyst Chamunorwa Mashoko.

“Generally, jazz music is not played in most housesholds as most people appreciate genres such as pop, which are easy to bubble to.

Mashoko said locals understood jazz in the form of township jazz, mostly played by South Africans, though not very popular in the low end market.

“We do have musicians who play Afro-jazz, though the term is highly contested. The term jazz has been corrupted in Zimbabwe,” said Mashoko.

According to veteran arts critic Joyce Jenje–Makwenda, township music is essentially the Zimbabwean interpretation of jazz. It has its origins in high-density suburbs of major cities, especially Mbare in Harare and Mzilikazi in Bulawayo. These suburbs were created for African residents upon Rhodesia’s urbanisation.

Africans from rural Zimbabwe converged with those from Zambia, Malawi and Mozambique in the townships and an urban culture evolved in the 30s.

At the same time, township dwellers were exposed to American and South African jazz through township loudspeakers, radio, gramophones and bioscope.

Musicians of the day were easily drawn to jazz because of its African characteristics and influences.

With total dedication to the music, they created a uniquely Zimbabwean sound, weaving a new pattern that was coloured by local influences.

Early township music found expression through Makwaya music (choral music) and Omasiganda, a genre that was similar to country music and was performed by solo artists accompanied by the guitar.

In the 1940s, musicians started to fuse American jazz with African musical traditions and styles. This created the genre we now call township music.

Augustine Musarurwa, the composer of the internationally-acclaimed song Skokiaan, was very influential from the 1940s to the 1960s.

Dorothy Masuka, Sara Mabhokela and Ruth Mpisaunga emerged in the 1950s. These women became some of the most popular musicians at a time when society frowned upon women who performed outside church or traditional ceremonies.

Live performances were normally held at Mai Musodzi Hall in Mbare and Stanley Hall in Bulawayo.

The Harare Mambos, Broadway Quartet, The City Quads, Pat Travers, Da Black Evening Follies and Epworth Theatrical Strutters are some of the musical ensembles and musians who were prominent during the 1950s through to the 1960s.

The late 1960s and 1970s was a low period for Zimbabwean jazz as other genres and musical influences dominated.

This was mainly through the influence of genres such as kwela, chachacha, rhumba and simanje-manje.

Zimbabwean township jazz survived and underwent a revival after Zimbabwe’s independence in 1980.

That comeback has seen it flourish through the years.

Jazz is a genre of music that originated from African-American communities of New Orleans in the United States during the late 19th and early 20th centuries. It emerged in the form of independent traditional music and popular musical styles, all linked by the common bonds of African-American and European-American musical parentage with a performance orientation.

ZIMBABWE - The musician’s name is Jonah Moyo, and although he leads a band called Deverangwena Jazz Band, his music genre is sungura. That a “jazz band” would play sungura, is confusing. Could it be that local musicians suffer from an identity crisis...
Share via
x
More Information
x