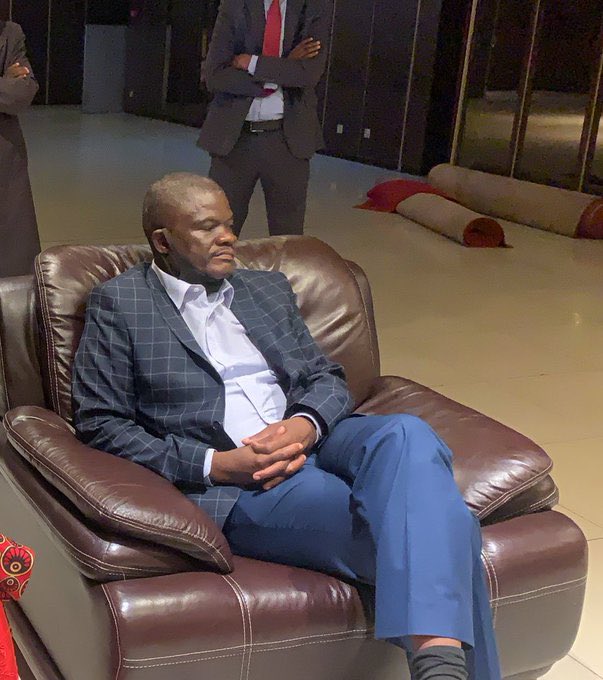 HARARE – MDC-T national chairman Morgen Komichi has said the immediate objectives of the national dialogue should be to arrest the country’s economic challenges and initiating electoral reforms before the next elections.

During an interview with a local publication, Komichi said it was clear that every Zimbabwean was feeling the economic crisis hence the need to immediately address that.

“We are not going to dialogue about power from my point of view, power issues will be dealt with in 2023 elections. Our angle of dialogue is mainly on point to resolve the economic crisis. I don’t need to explain, how much people have suffered in Zimbabwe economically. The cost of leaving is beyond reach, hospitals have no medicine, roads have been declared a national disaster at the moment, service delivery in councils is unbearable, there is no cash in the country, things are difficult.

“People are asked to buy fuel in the service stations using US dollars when there is no US dollar in the country. Workers are being paid bond notes and it is losing value. So there is a lot of economic challenges that we have. And we need to dialogue,” said Komichi.

The MDC-T national chairman further said the situation was ideal for dialogue because everyone including the Zanu-PF led government was being hurt by the situation in the country.

“One thing we all agree in Zimbabwe whether you are in government or any political party is that we are in a political and economic crisis. In all situations when you get into a crisis some of the crisis go to the extent of fighting civil wars…

Komichi said electoral reforms were critical as the next election needed not to result in the same disputes that have characterised the past three elections.

“We want to go for an election in 2023, we are almost 2 years before elections and we have not even agreed on a single electoral reform. How do you expect to resolve the challenges of 2018, 2013 and 2008 if we do not engage the authority that is there? We need the Zanu-PF government to underline electoral reforms,” he said.

Adding that there was a need to have an independent Zimbabwe Electoral Commission (ZEC) as well as no military meddling in the elections.

He also said unity among the divided opposition parties was still possible despite the current challenges.

“These conflicts take place but you need good leadership to resolve them. You don’t need to fail to unite because you had fractured before. Welshman Ncube went away, Tendai Biti went away but in 2018, we went into the elections together under one umbrella. So Zimbabweans are challenged today to make sure we go into elections in 2023 united,” he added.

However, the MDC-T national chairman maintained his stance that they owned the recalled legislators as well as the party headquarters which they forcible invaded sometime last year with the help of the State security.

Komichi said his decision to backtrack his challenge on the EOC outcome was based on his desire to keep the party from further splitting and not selfish interest to keep his senatorial seat.

Recently, the party held a memorial service celebrating the life of the founding party leader Morgan Tsvangirai and Komichi shocked people when he claimed that everything that belonged to the late leader belonged to them (MDC-T) including his wife.

HARARE - MDC-T national chairman Morgen Komichi has said the immediate objectives of the national dialogue should be to arrest the country's economic challenges and initiating electoral reforms before the next elections. During an interview with a local p...
Share via
x
More Information