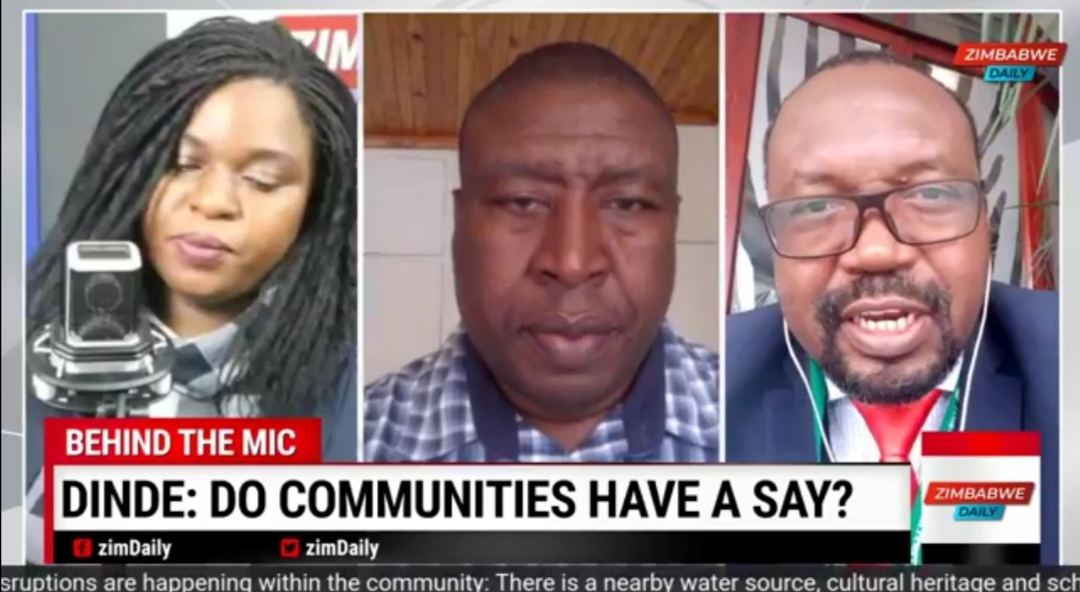 HWANGE – Dinde villagers have demanded broad and robust consultations before any mining activities are undertaken by the Chinese company, Beifa Investments (Pvt) Limited which was granted mining rights by government in the area in 2019.

The villagers have expressed concerns over the environmental and cultural impact the explorations will have on their area.

Hwange Central legislator, Daniel Molekele said the community was demanding robust and broad consultations before any mining activity is undertaken by the company.

“In Dinde, we have a serious situation where a mining company from China has been given an order to explore coal by the President. The problem is they are going ahead with the exploration without the support of the local community…

“So the position of the local community is that the exploration process must stop and consultations must be broadened, robust and then it can proceed depending on the outcome of those consultations,” Molekele said.

Molekele said the people in the community were not opposed to exploration and development but were opposed to imposition coming from Harare, China or any other area violating the social, cultural fabric of those communities.

“…Especially now where they are drilling, it’s near a grave of one of the royal family members of the local community. So it’s a sacred place,” he added.

Commenting on the same issue, Center for Natural Resource Governance (CNRG) Director Farai Maguwu said the problem was that mining in Zimbabwe was happening and framed in the context of organised crime where the government was entering into shady deals without the knowledge of the communities to be affected.

“When you look at mining in Zimbabwe, it’s now framed in the context of organised crime where the government is now entering into illicit deals with so-called investors especially from Asia. Anything that begins in darkness will not end in the light it will end in darkness, so the deals, by being negotiated in the darkness between whatever it be, the office of the President of the local ruling elites in Hwange without the involvement of the local community will end on a very sad chapter,” Maguwu opined.

He added that the Dinde people were defending their economic, social, environmental and cultural rights just like other communities across who have seen their minerals extracted without much benefit to them.

“…The community is going to pay heavily the cost, the social, environmental, economic and cultural cost of this project is to go ahead. And that’s why this top-down approach where decisions are made in the office of the President minus the people to be affected because President Mnangagwa does not live in Dinde, the Minister, Chitando does not live in Dinde. Whatever the Chinese are going to destroy there is not going to affect their families and that is why we are saying this decision is criminal and is going to benefit criminal networks in Zimbabwe and China…”

Last year, another mining grant in the national park area was revoked following an outcry from the public while recently in Chilonga more than 12000 villagers were almost evicted from their ancestral land to pave way for Dendairy’s lucerne project.

HWANGE - Dinde villagers have demanded broad and robust consultations before any mining activities are undertaken by the Chinese company, Beifa Investments (Pvt) Limited which was granted mining rights by government in the area in 2019. The villagers have ...
Share via
x
More Information