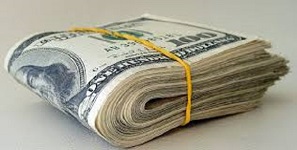 ZIMBABWE – The Deposit Protection Corporation is paying demonetisation proceeds to qualifying Zimbabwe Dollar account holders for banks under liquidation, as part of a demonetisation exercise to bring finality to issues of local currency holdings.

DPC will pay the equivalent of US dollar amount for each account balance as at December 31, 2008 converted by the United Nations exchange rate of $1 to Z$35 Quadrillion.

In a statement yesterday, DPC chief executive Mr John Chikura said they will pay any person who was a holder of a Zimbabwe dollar denominated bank account at AfrAsia Bank Zimbabwe, Allied Bank Limited and Interfin Bank Limited $5 for very account held with a balance of zero up to one hundred and seventy five quadrillion Zimbabwe dollars.

“Zimbabwe dollar account holders for AfrAsia, Allied Bank and Interfin Bank are, therefore, advised to approach our offices for payment with a valid proof of identification,” he said.

In June last year, Government requested Zimbabweans to surrender their Zimdollar notes to the Reserve Bank of Zimbabwe in exchange for US dollars.

During phase one of the exercise, people with denominations of between ZW$5 and ZW$500 were paid at US dollar exchange rates of up to US$2.

The second phase involved demonetisation of notes issued in 2008 ranging from ZW$10 trillion to ZW$100 trillion, which were paid for at the US dollar exchange rate of up to US$0,40.

In 2009, the RBZ slashed 12 zeroes from the local currency as hyperinflation eroded its buying power, which at the last official count stood at 231 percent in June 2008.

The removal of the zeroes resulted in ZW$1 trillion becoming one Zim dollar.

Transactions had also become difficult, particularly dispensing of the notes from the automated teller machines.

The RBZ paid a minimum of $5 to all bank account holders regardless of whether the account had money or not on December 31 2008.

Mugabe is the ‘Godfather’ of Corruption

ZIMBABWE - The Deposit Protection Corporation is paying demonetisation proceeds to qualifying Zimbabwe Dollar account holders for banks under liquidation, as part of a demonetisation exercise to bring finality to issues of local currency holdings. DPC will...
Share via
x
More Information
x