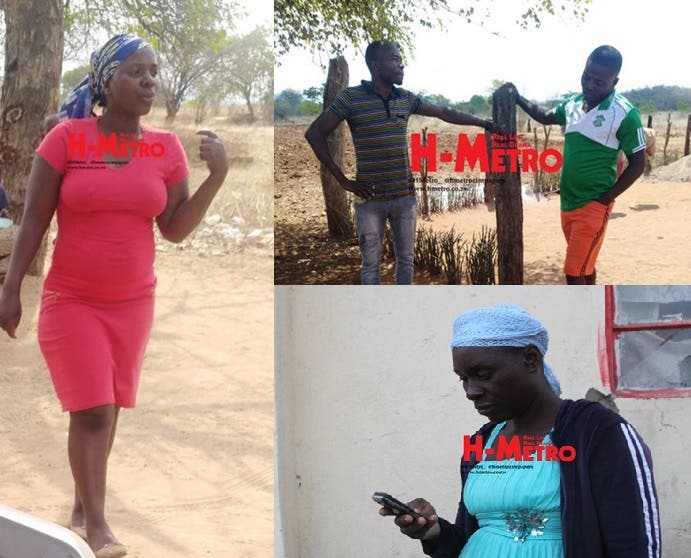 MANICALAND – Drama and chaos as Evangelist wrecks 3 marriages, sleeps with neighbours wife. Tafadzwa Nyangore, 32, an Evangelist under Mugodhi Apostolic church and father of four children has been described as a marriage wrecker by villagers. He was once found pants down with his nephew and another neighbour’s wife in Zinhanga village under chief Nyashanu.

A church elder impregnated his neighbour’s second wife before being found pants down with his nephew and another neighbours’s wife in Zinhanga village under chief Nyashanu.  He first appeared before chief Nyashanu where he was fined three beasts for impregnating a polygamous Mazururandi Apostolic church senior leader Tambawoga Nyamande Mariridza’s second wife Elina Chiwora, 38. He appeared before a kraal head Zinhanga after he was caught pants down with one Nyasha’ wife and their marriage collapsed.

Chingore’s bicycle is currently withheld by his nephew Thankmore Nyadongo after he caught him pants down with his younger brother Nyasha Nyadongo’s wife Pretty Nyamhunga, 19, leading to the divorce. Nyamhunga packed her belongings and went to her parents’ house in Mutoko before her husband who is based in Mutare came.

Chingore confirmed his clashes with villagers over his adulterous behaviour to H-Metro arguing that the women were after the fruits of his labour. “I regret impregnating Mariridza’s second wife because I ended up paying him one beast from the three charged by chief Nyashanu,” said Chingore.

“These married women admire my wealth I accumulated from my sweat. “Kuno kunenzara misha izere miti yeminzwa saka ukasashandira mhuri vakadzi vanoda panepfuma. “But the issue of the bicycle has become a thorn in my flesh with my wife since it was like a vehicle in helping the family.

“As for my neighbor Nyasha’s marriage, I was not responsible for the collapsing of his marriage as alleged,” said Chingore. Nyadongo told H-Metro that Chingore paid transport costs for Pretty from Nyashanu to Mutoko her home village in order to destroy evidence.

“Chingore has been bedding my wife while I was at work in Mutare,” said Nyadongo.  “When my brother caught them, he fled leaving his bicycle behind and we will not give him until he returns to explain his reason for wrecking my marriage.

“He was quick to foot transport costs for my wife to Mutoko before I arrived. “My in-laws could not stand with me but instead accused me of abusing their daughter vowing not to return her. “I want to follow her in Mutoko but her parents’ actions discouraged me from the visit.

“I am withholding the bicycle as evidence that I caught Chingore bedding my younger brother’s wife,” said Nyadongo. “I woke up at around 5am and spotted Chingore getting into my brother’s bedroom.  “Aitoratidza kuti akangaachibva kunosvibatsira akapfeka pair of shorts and I rushed there before he locked the door and found him half-n@ked.

“I assaulted him and he fled leaving his bicycle parked in the kitchen and I took it as evidence. “I won’t give him until he lodges a report against me either with the chief or police.  “Besides that he must come with his family so that we resolve the issue amicably since we are related.

“The woman has since packed her belongings and went to Mutoko leaving a three-year-old child under the custody of my ailing mother,” said Thankmore. Chingore’s wife Ronica Gumbahari narrated how her family was affected. “My children have been affected much considering that the bicycle withheld was a means of transport for them to school.

“Ndakavaendera ndikavaudza mashoko asiri ezera rangu,” said Gumbahari. One of the villagers had not kind words about Chingore considering that he is one of the Mugodhi Apostolic branch leader.

MANICALAND - Drama and chaos as Evangelist wrecks 3 marriages, sleeps with neighbours wife. Tafadzwa Nyangore, 32, an Evangelist under Mugodhi Apostolic church and father of four children has been described as a marriage wrecker by villagers. He was once f...
Share via
x
More Information