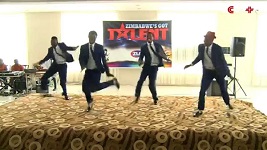 ZIMBABWE – Chinese Federation of Zimbabwe (CFZ), the organisers of the DreamStar Zimbabwe Talent Show, have embarked on a Stop Drug and Substance Abuse campaign, an initiative that goes beyond performing on stage to changing the lives of youths in Zimbabwe through arts.

The CFZ conceived the DreamStar Zimbabwe Talent Show to unearth raw talent at the grassroots level and this Saturday, several musicians will converge at Mabvuku Community Hall to kick-start the campaign before spreading to other high density suburbs.

DreamStar Zimbabwe spokesperson, Rumbidzai Matinanga, said the project is a social awareness campaign to educate youths on the dangers of drug and substance abuse, which have become prominent.

“Following the success of this year’s edition of the DreamStar Talent show held on October 31 at 7 Arts Theatre in the capital, in our endeavour to continue working with the youths and help them improve their quality of life, we decided to embark on this anti-drug campaign that we believe would go a long way in helping them to transform their minds,” she said.

“Drug abuse contributes immensely to teenage pregnancies, school drop outs, crime and violence, which have become an eye sore and thorns to families and communities at large, and we are saying this must come to an end through arts.”

Matinanga said they have engaged several stakeholders including the Health and Child Care ministry to help them in the awareness campaign.

“We have managed to partner with some of the renowned local artistes, who believe in the cause and they have volunteered to perform at these campaigns concerts and also participate in a series of clean-up campaigns that we are going to do around most of the ghetto suburbs,” she said.

Urban groover, Leonard Mapfumo, who is spearheading the campaign on the artistes’ side, said the initiative is a noble idea towards moulding role models and discouraging youths from using drugs.

ZIMBABWE - Chinese Federation of Zimbabwe (CFZ), the organisers of the DreamStar Zimbabwe Talent Show, have embarked on a Stop Drug and Substance Abuse campaign, an initiative that goes beyond performing on stage to changing the lives of youths in Zimbabwe...
Share via
x
More Information