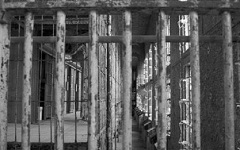 ZIMBABWE – Two Chinese women were on Saturday sentenced to 10 months in jail for selling motor spares, on the open market, that had been imported duty-free by the Ministry of Defence.

It is not clear how the ministry’s consignments, whose value was not disclosed, ended up in Duan Denghong and Peiming Yang’s hands or for how long they had been involved in the scandal.

They were selling the motor spares to the public in their unregistered shop, Kynergy Motor Spares (Pvt) Ltd.

The duo, who were on a visitors’ permit, will be deported after serving their prison terms.

Denghong and Peiming appeared before magistrate Ms Jessy Kufa charged with contravening the Immigration Act that states that any immigrant “who contravenes or fails to comply with the conditions under which any exemption, permit, certificate or other document has been granted or issued to him under this Act, shall be found guilty of an offence”.

In passing the sentence, Ms Kufa said the pair’s offence was an economic crime, which called for a custodial sentence.

“The nature of their offence is an economic crime whereby the country is suffering in revenue. Nothing was being realised to the State in terms of tax. This was a well-planned offence,” she said.

In aggravation, Ms Francesca Mukumbiri called for a custodial sentence arguing that a fine or community service would trivialise the offence.

She applied for the forfeiture of the goods to the State.

“Your Worship, under normal circumstances this charge cannot be regarded as serious. But I will explain why I am saying they committed a serious offence. The accused persons entered into the country purporting to be on a visitors’ permit and according to the permit they were not supposed to do any work but they proceeded to form a company,” she said.

She added: “Surprisingly, the company is not registered. What is more frightening is that they went on to import their goods using the Ministry of Defence. As to how they did it, it is not clear at the moment. They evaded paying duty and tax.”

She said what the pair did amounted to economic sabotage to the country.

The court heard that on February 17, immigration officials received information that the pair was operating an unlicensed shop along Bishop Gaul Avenue and went on to conduct investigations.

Evidence gathered confirmed that the pair was selling motor spares to the public imported by the Ministry of Defence.

The consignments which were found in their possession were addressed to the ministry housed at corner Kwame Nkrumah Avenue and Third Street.

ZIMBABWE - Two Chinese women were on Saturday sentenced to 10 months in jail for selling motor spares, on the open market, that had been imported duty-free by the Ministry of Defence. It is not clear how the ministry’s consignments, whose value was not d...
Share via
x
More Information