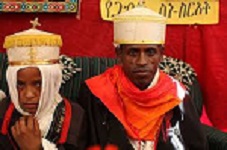 ZIMBABWE – While illegal gold panning has brought a source of livelihood in the mining community of Chakari, Kadoma, it has also been attributed to a lot of social ills such as early marriages.

Businessman, Sam Manyoni says early marriages that were rampant in the mining community were a result of illegal gold panning.

“Young girls who are even at primary level are being lured into early sexual unions by makorokoza. Cases of young girls having children in this community are so rampant and something needs to be done to address this evil.

“We have had so many cases of children rushing into early sexual unions, without even completing the primary level certification. I will not call those marriages because they are not, they are just sexual unions, where children are being exposed to various diseases,” he told H-Metro.

Manyoni who was born and bred in Chakari bemoaned parents for playing a role in these early marriages as they were also accepting lobola.

“How dare you enjoy lobola from a minor? Let’s stop child abuse and promote bright futures for our children

“This has not only robbed you of childhood, but has exposed you to disease like cervical cancer, sexual transmitted infections and HIV,” he argued.

A headmaster at a local primary school in Chakare, Nelson Nzombe added that the levels school drop outs was very high arguing that this had also played a role in the rampant criminal activities in the community.

“We have a lot of children dropping out of school before even completing the primary level. Most of them have been lured by the illegal mining with the assumption that they will make quick money.

“After also falling to make it in the illegal gold panning as they do not have the muscle, some have then been dragged into criminal offences as they fight for survival.

“We are urging parents to ensure that children stay in school, as teachers we can never manage alone. We need the support of parents,” said the Dalny 1 Primary School.

Jabulani Sibanda: Mugabe is afraid of me

ZIMBABWE - While illegal gold panning has brought a source of livelihood in the mining community of Chakari, Kadoma, it has also been attributed to a lot of social ills such as early marriages. Businessman, Sam Manyoni says early marriages that were rampan...
Share via
x
More Information
x