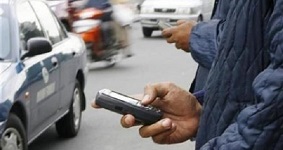 The lines were disconnected last week.

Sources privy to the goings-on said the operator gave the customers an ultimatum through text messages to register the lines by November 13.

“Where we identify customer details not complying with our validation exercises, we are mandated to deactivate them after all efforts have been taken to ensure that they comply,” he said.

Mr Nyatsine said it was an ongoing exercise to ensure customers register their lines.

“This is an ongoing exercise and we continue to encourage our customers to update their records with us to avoid inconveniences of being disconnected,” he said.

Insiders at different Econet outlets said this was meant to rid Econet of criminal activities as people were using the unregistered lines to commit offences.

“The reason why we were disconnecting unregistered lines was as a result of an increase in the crime rate with errant and unscrupulous dealers taking advantage of the system.

Added another source: “We disconnected one million lines and one is required to come with his or her ID card and enter the correct information on our forms including proof of residence to recover their lines.”

The source said details of subscribers were taken to the registrar general’s office for verification.

However, it was noted that some people entered wrong information in terms of home addresses, national identification numbers, among other anomalies.
“We investigated the matter after many people came asking for information on certain numbers to which we failed to locate the owners. This was after some people had developed a tendency of using unregistered lines to commit crimes and discard them later.”

Some subscribers expressed dismay at the manner Econet had deactivated them.

Mellody Tafirenyika of Glen View said: “It was very disheartening for me to find out that my line was no longer working. I came here

to re-register it after I discovered that it had no network.”

Another subscriber said Econet must not sell its lines through the black market.

“The problem lies with Econet for failing to have the lines sold in their outlets. Most often, we buy them from the streets and sometimes we fail to register them immediately owing to other commitments,” said John Chawada of Chitungwiza.

Last year in July, Econet, Telecel and NetOne gave their customers an ultimatum to register their sim cards in line with the revised statutory regulations gazetted by the Postal and Telecommunications Regulatory Authority of Zimbabwe (Potraz).

Eskom ‘in secretive deal’ to provide power to Zimbabwe