ED not immune to prosecution: Lawyers 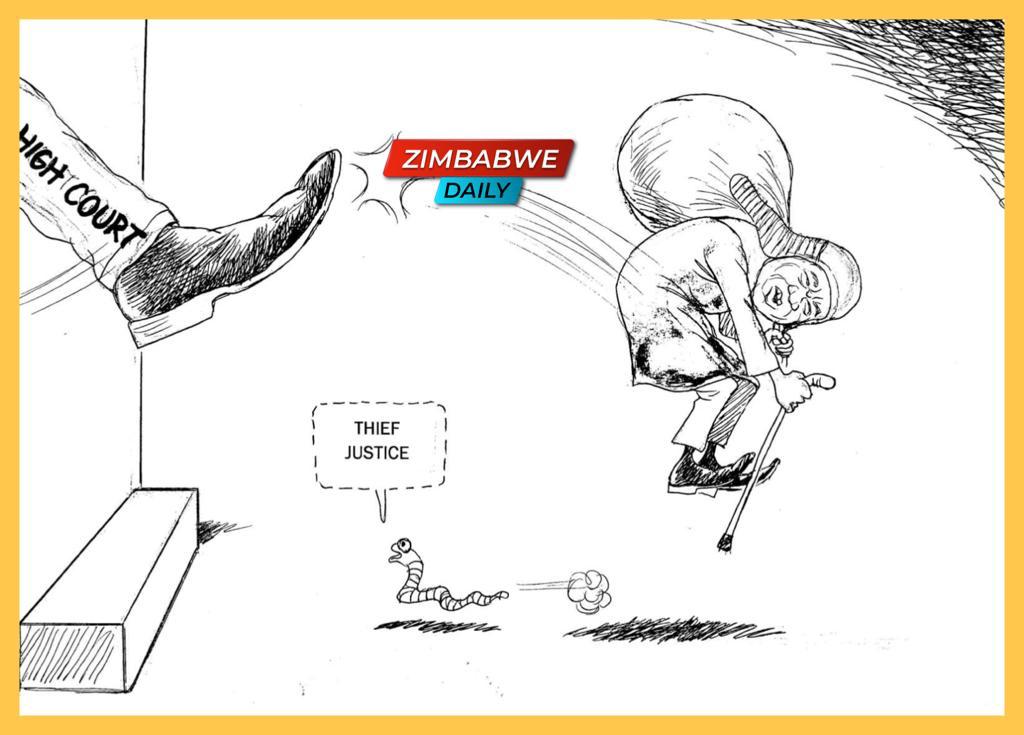 HARARE – President Emmerson Mnangagwa can be sued as he is not immune to court proceedings and has to respond to any lawsuit challenging his legitimacy as the Zanu PF leader, law experts said yesterday.

Mnangagwa is trying to dodge being arraigned before the courts after a Zanu PF party member, Sybeth Musengezi, last month challenged his ascendancy to the top party post in November 2017 when he had been fired in government and in Zanu PF by the late former President and party leader Robert Mugabe.

In an opposing affidavit to Musengezi’s High Court application last week, Mnangagwa’s lawyers argued that he was not liable to judicial proceedings in terms of section 98 of the national charter.

Section 98(1) of the Constitution states: “While in office, the President is not liable to civil or criminal proceedings in any court for things done or omitted to be done in his or her personal capacity.

The Constitution further states in section 98(2) that, “Civil or criminal proceedings may be instituted against a former President for things done and omitted to be done before he or she became President or while he or she was President.”

Constitutional law expert and political analyst Alex Magaisa yesterday said Mnangagwa did not have such immunity as the institution of “Presidency” was different from the party Zanu PF as an institution.

He said the issues cited by Mnangagwa that he was immune from prosecution were a “sideshow” that did not affect the fundamentals of the case.

The law expert cited the 2018 High Court case of Elias Mashavira against the MDC-T, in which Nelson Chamisa was declared illegitimate leader of the opposition party, as having set precedence for Musengezi’s application.

“The case does not stand/fall on his (Mnangagwa’s) immunity. Musengezi sued Zanu PF, Mnangagwa and other party officers. Let’s assume for a moment that Mnangagwa’s immunity defence is valid, it doesn’t apply to Zanu PF and the other parties. They must answer the lawsuit and they must decide whether their conduct was lawful.

“The outcome will still be consequential upon Mnangagwa. Musengezi is relying on the (Elias) Mashavira case against the MDC-T. Just like Mashavira, Musengezi sued the party and its officers. The Mashavira court directed party officers to correct past irregularities of the party,” Magaisa tweeted yesterday.

He said Musengezi’s case should order Zanu PF as a party to correct the irregularities.

“Likewise, the decision that the courts make in the Musengezi case must primarily focus on the conduct of the party at the relevant time, and if it finds that there were irregularities, it should order the party’s officers to carry out their mandates to correct the irregularities. They will have a hard time distinguishing the Musengezi case from the Mashavira precedent without looking silly and partial.

Another lawyer, Tawanda Mapuranga, said even though the Constitution had provisions of the President’s immunity, it did not change the nature of the application before the courts.

“Section 98(1) does not mean everything that it says. It has some exceptions. Immunity does not apply on election petitions, for instance, because he would be an election candidate. In this case, Musengezi’s case does not seek relief against Mnangagwa in his official capacity as the President of Zimbabwe,” he said.

“The court can render judgment on the case without Mnangagwa being sued. If he has immunity, he can be removed and the rest of the respondents can respond to the matter, and then it can be decided without him.”

But constitutional law expert Lovemore Madhuku said there was no chance for the court to rule that Mnangagwa was not immune.

“Section 98(1) states that while in office, a President is not liable to civil or criminal proceedings in any court for things done or omitted in his or her personal capacity. There is no chance for the court to give a different interpretation of section 98,” he said.

“The question, which may arise is, what is meant by his personal capacity. But then, according to the constitutional provision, let’s take for instance, if his wife wants to file for divorce, she cannot do so during the period he is in power. She will have to wait for the President to step down, and then file for proceedings. When the court upholds section 98(1), it will be the collapse of the case.”

Madhuku said, therefore, Musengezi has to wait until Mnangagwa is no longer President to file his application.

“This whole debate is arising because people have a tendency of forgetting about what they voted for. The Constitution was a result of a referendum, which got 94,5% votes. But it is one of the few Constitutions around the world which gives the President such absolute immunity.”

He said this would be a lesson for people that vote for a supreme law that they did not read or understand.

ED not immune to prosecution: Lawyers

HARARE - President Emmerson Mnangagwa can be sued as he is not immune to court proceedings and has to respond to any lawsuit challenging his legitimacy as the Zanu PF leader, law experts said yesterday. Mnangagwa is trying to dodge being arraigned before t...
Share via
x
More Information