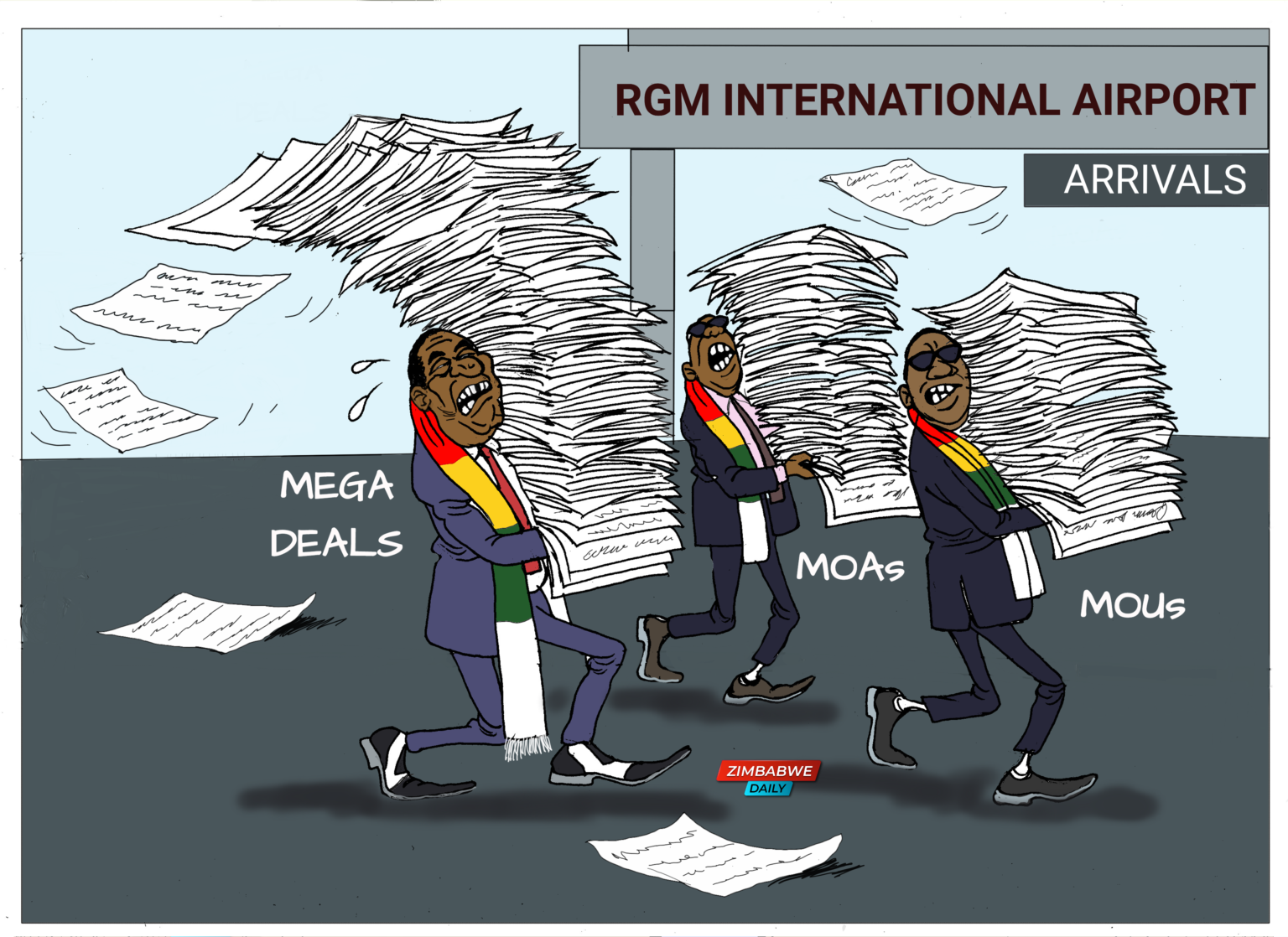 HARARE – President Emmerson Mnangagwa has reportedly ordered his Zanu PF party to fast-track internal constitutional amendments to enable him to plot the succession roadmap in consultation with the proposed council of elders.

The amendments to be tabled at the party congress set for next month, would, according to insiders, enable him to step down as State President after serving his two five-year terms and continue as party president.

Party sources said the council of elders would comprise Zanu PF old guard retired from government and deployed to the party to serve as advisors to the State President — effectively running government business from the party headquarters.

But it is the succession issue that Mnangagwa is said to be more interested in to avoid going the same way as his predecessor the late Robert Mugabe who was toppled in a military-assisted coup in 2017 after 37 years in power.

The council of elders will be composed of former party presidents and other “senior members”, Zanu PF secretary for legal affairs Paul Mangwana told NewsDay yesterday.

“We have a council of elders made up of former Presidents and other senior members and their duty is to advise the President and settle disputes especially among senior members,” Mangwana said.

“We have created the council of elders and it will be appointed this year,” he said without giving specific timelines.

Mnangagwa, who is understood to be consolidating his grip on the ruling party through all its structures, reportedly wants to amend the Zanu PF constitution to allow him to remain the leader of the party after his two maximum terms in office as State President expire.

But Mangwana dismissed the claims, saying that would be unconstitutional.

Mangwana also dismissed speculation that the presidential candidate as well as his deputies would be handpicked by the party leadership.

Mnangagwa assumed the Zanu PF party leadership after usurping power from Mugabe through a military-assisted coup in November 2017. Soon after assuming power, he retired party bigwigs Obert Mpofu, Patrick Chinamasa and Simbarashe Mumbengegwi among others from government and deployed them to work fulltime at the party headquarters.

The amendments to the Zanu PF constitution are coming after Mnangagwa indicated in 2019 that the ruling party would establish a war veterans league and a council of elders to restore unity and discipline in the party. The war veterans’ league was set up recently and held its inaugural conference early this month.

Meanwhile, former long-serving State Security minister and close Mugabe ally Didymus Mutasa has claimed that Mnangagwa might lose the 2023 polls after failing to douse the factional fights within the ruling party.

Mutasa, a former Zanu PF secretary for administration, made the remarks while responding to allegations that he was decampaigning former Finance minister Patrick Chinamasa in Makoni district Manicaland province by influencing Zanu PF party members to vote him out of the central committee.

Both Mutasa and Chinamasa hail from Makoni district.

Chinamasa was dressed down during a Zanu PF Makoni inter-district meeting that was held in Rusape last week, where party members requested that his central committee position be challenged in the upcoming internal party polls.

This was after Zanu PF Makoni district co-ordinating committee (DCC) chairperson Albert Nyakuedzwa attempted to impose Chinamasa on the grounds that the former Finance minister be spared as a member of the politburo.

“People are against Chinamasa since he was also the one who was behind the downfall of Mutasa as they both wanted to control the Makoni district and Manicaland as well,” a source in Makoni said.

Before his fall from grace, Mutasa was regarded as Zanu PF political Godfather in Manicaland province.

Contacted for comment yesterday, Mutasa said: “I enjoy respect not only in Makoni, but in Manicaland province and countrywide. Yes, l have heard the issue of me and Comrade Patrick Chinamasa fighting, and this is not the first time I have heard about that. But, l don’t know anything about that. I am not haunting anyone.”

He said the party leadership needed to work hard to win next year’s polls.

“I am not talking about Manicaland province, but the whole country. The party is in trouble, leaders in the party should work hard — hear me correctly, I am saying all the leaders. If they want to win, they have to stop gossiping within the party,” Mutasa said.

Chinamasa had promised to comment on the issue, but was no longer reachable at the time of going to print. 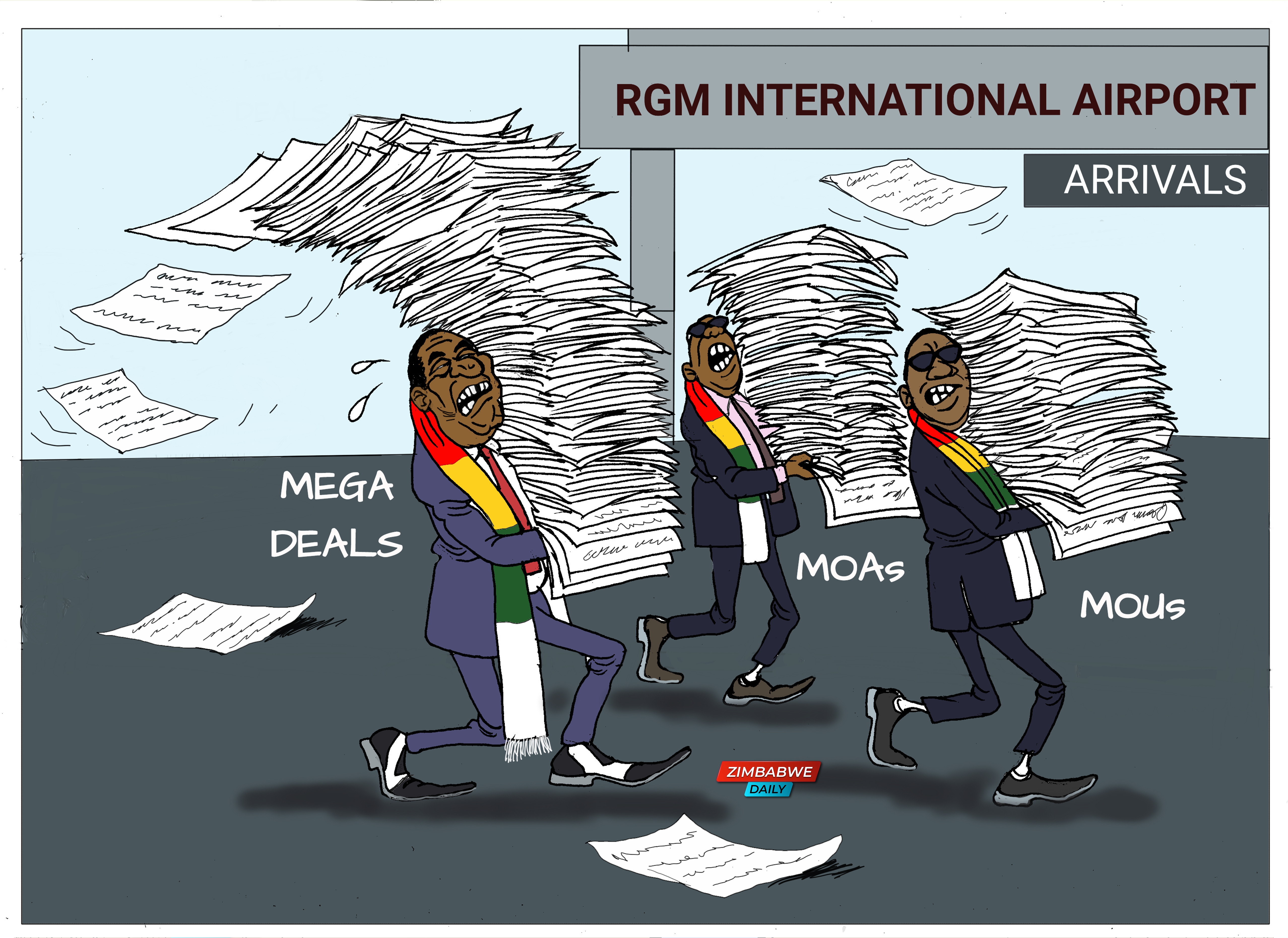 HARARE - President Emmerson Mnangagwa has reportedly ordered his Zanu PF party to fast-track internal constitutional amendments to enable him to plot the succession roadmap in consultation with the proposed council of elders. The amendments to be tabled at...
Share via
x
More Information