ED Promotes PDCs In Bid To Prop Up His 2023 Presidential Stakes: Jonathan Moyo 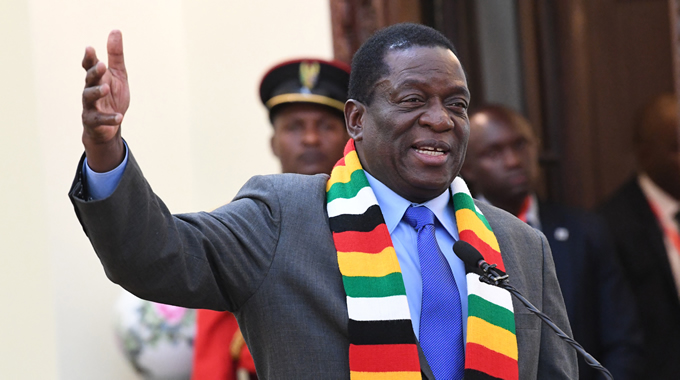 The former Information Minister,  who fled Zimbabwe following the infamous November 2017 soft coup that ushered Mnangagwa to the helm, alleged the late president Robert Mugabe’s successor was facing rebellion within the ruling party.

Moyo said: “With Zanu PF provinces snubbing him, @edmnangagwa has elevated 10 provincial administrators to permanent secretaries without interviews, to incentivise them as part of a desperate parallel provincial election campaign structure for his faltering 2023 third term presidential bid.”

Mnangagwa completed Mugabe’s term following his resignation, before he was elected president in the 2018 presidential election. He and is now seeking his second term in 2023.

On Thursday, Chief Secretary to the President and Cabinet, Misheck Sibanda announced the promotion of PDCs to posts of secretaries of provincial affairs in the President’s Office and Cabinet.

Reads Sibanda’s notice: “The Chief Secretary to the President and Cabinet is pleased to announce that His Excellency the President, in terms of the enhanced and critical role of the PDC in planning and implementation of provincial and devolution programmes, has approved the elevation of the 10 (ten) PDCs across all provinces in Zimbabwe to the rank of Secretary for Provincial Affairs and Devolution, in the Office of the President and Cabinet, under the Ministers of State for Provincial Affairs and Devolution.”

The promotions are with effect from December 1, 2021.

Some of the newly promoted provincial secretaries, including Muguti and Sakupwanya, have in recent months clashed with non-governmental organisations after the government officials demanded the NGOs should submit their work plans and scheduled events to their office.

However, the government threats were blocked by the High Court after the NGOs approached the courts.

ED Promotes PDCs In Bid To Prop Up His 2023 Presidential Stakes: Jonathan Moyo