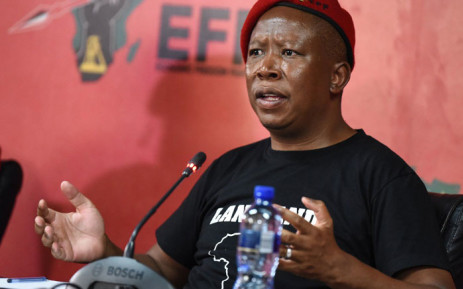 JOHANNESBURG – Opposition Economic Freedom Fighters (EFF) has slammed President Cyril Ramaphosa and his administration following revelations that the recently acquired Covid-19 vaccine was going to expire before the end of the first phase of their rollout plan and further research showing that it was less effective on the new variant discovered in the country.

In a statement, the Julius Malema led EFF said the government ignored its concerns about the efficacy of the procured vaccine when the new variant was discovered.

“The EFF is appalled to learn of the inexcusable lack of foresight and incompetence by the Ramaphosa Administration regarding the procurement of Astra-Zeneca vaccines. Not only is the vaccine close to reaching expiration prior to its full rollout in phase one, but also its efficacy on the 501.V2/B.1.351 has been discovered by scientists to be around 20%.

“When the new variant was reported in mid-December last year, EFF raised concerns over the efficacy of Astra-Zeneca vaccines on it. However, true to the administration’s incompetence, our concerns were never taken seriously. We warned that before procurement of Astra-Zeneca vaccines, there must be scientific certainty of its efficacy,” read the statement.

The EFF said Ramaphosa’s government had embarrassed South Africa, adding that the failure to efficiently procure the vaccine was going to lead to mass suffering and deaths.

The statement further called on Finance Minister Tito Mboweni to release all the information on the Treasury’s role for transparency.

“The EFF once again calls on Minister of Finance, Tito Mboweni, to also divulge information on the role of Treasury prior, during and post to the agreements made with vaccine manufacturing companies. There must be accountability given to our people on why a vaccine expiring before our phase one rollout strategy was procured for twice the price than it was sold in European countries,” the statement further read.

The statement also called on Health Minister, Zweli Mkhize to focus resources on capacitating local manufactures so that they can develop the vaccines locally.

JOHANNESBURG - Opposition Economic Freedom Fighters (EFF) has slammed President Cyril Ramaphosa and his administration following revelations that the recently acquired Covid-19 vaccine was going to expire before the end of the first phase of their rollout ...
Share via
x
More Information
x