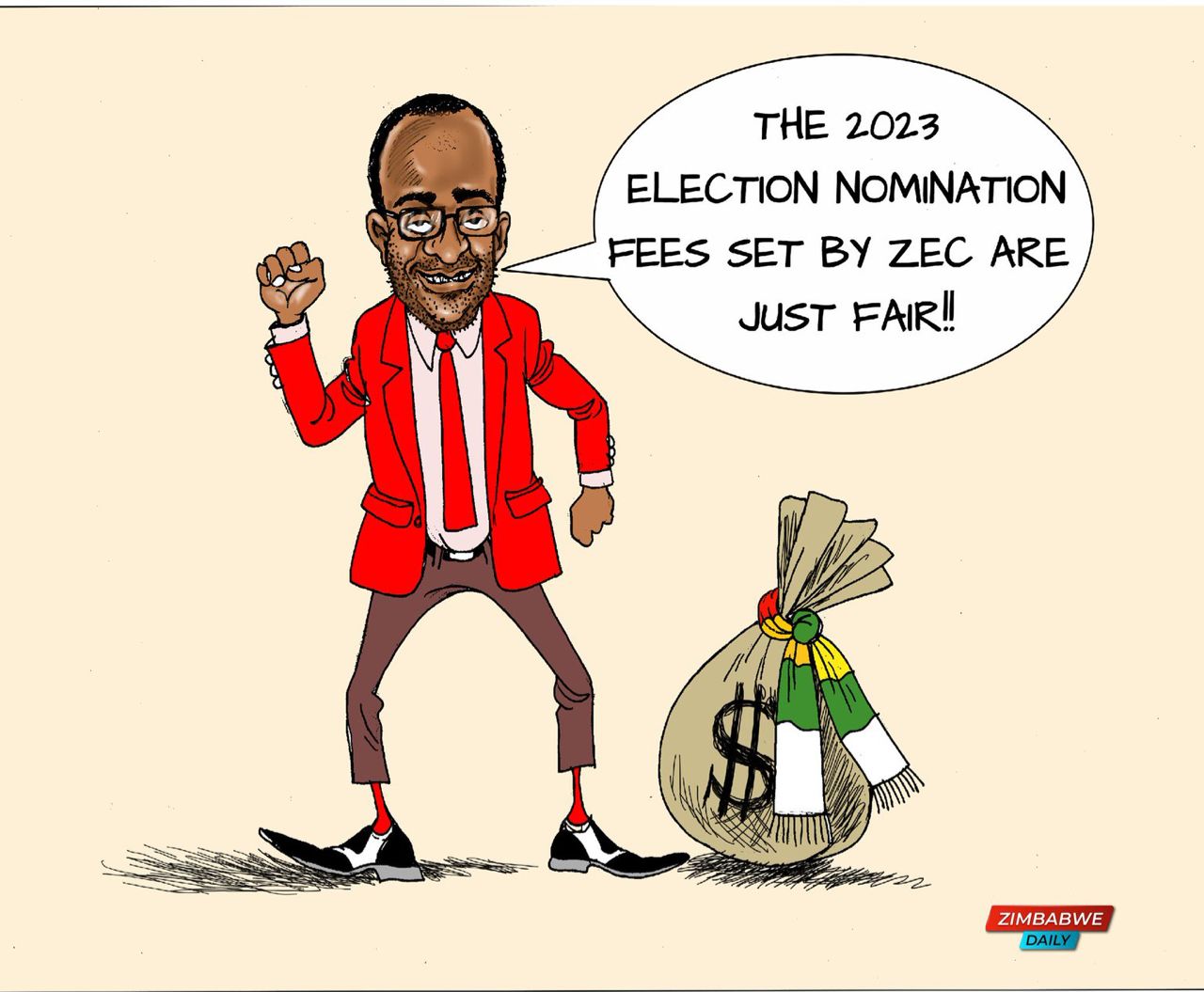 HARARE – Opposition leader Egypt Dzinemunhenzwa has given the Zimbabwe Electoral Commission (ZEC) and government a 72-hour ultimatum to withdraw its “exorbitant” electoral nomination fees or be sued.

According to a Government Gazette issued Friday last week, prospective presidential election candidates for the 2023 elections will be required to each pay US$20 000 to pass through the mandatory nomination court process.

Prospective parliamentarians will pay US$1 000 per head while those seeking to take part in senatorial and local government elections will fork out US$100 per head.

Dzinemunhenzva, leader of the opposition Force of Liberation Organisation of African National Party and a perennial contestant in past presidential elections, has thrown down the gauntlet, demanding the reversing of the charges.

He is joined in issuing the demand by Harare North legislator Norman Markham and Tapiwa Chiringa, a young registered voter who represents the electorate and has plans to seek public office through elections next year.

The trio is represented by Obey Shava, a legal practitioner with the Zimbabwe Lawyers for Human Rights.

In the letter of demand, lawyers say Dzinemunhenzva has managed to take part in the country’s successive elections through a party membership subscription rate of a tiny 25 cents per annum.

Read the letter in part, “We advise that, our clients who have always participated in the electoral processes of this country consider the increase in nomination fees aforementioned as being grossly unreasonable…”

Lawyers say the fees are made worse by that they are pegged in foreign currency whose value would not have fluctuated as was the case with the local currency by the time the nomination court sits next year.

“Our clients advise that there is no justification under whatever circumstances to have the nomination fees reviewed upwards, especially at such an alarming rate,” Shava said.

“They advise that the decision to pluck figures from the air is arbitrary, grossly unreasonable, unlawful and unconstitutional…”

The three also say the fees should be reversed as “there was no stakeholder consultative engagements to come up with the figures and there was no assessment needs or any scientific formula used to justify the figures”.

They further say the huge fees were blocking potential candidates in the 2023 elections.

“Our clients advise that you have abdicated this constitutional duty to the extent that election into public office would be available to the highest bidder,” further read the letter.

“In light of the above, we have been instructed to demand, as we hereby do, that within 72 hours of receiving this letter, you withdraw the regulations and/or review the nomination fees downward, after consultations with stakeholders who include our clients, failing which we are under instructions to approach the courts for recourse.”

The fees have been widely criticised by the country’s opposition which includes CCC and Lovemore Madhuku’s NCA.

ZEC, in past public comments not directly related to official demands for withdrawal, has defended the fees saying they were in line with the general rates charged in the region and were also best to keep chancers from the country’s elections space.

Zimbabwe had 23 presidential election candidates in 2018 with the majority hardly commanding a tiny following. -ZimLive

HARARE - Opposition leader Egypt Dzinemunhenzwa has given the Zimbabwe Electoral Commission (ZEC) and government a 72-hour ultimatum to withdraw its “exorbitant” electoral nomination fees or be sued. According to a Government Gazette issued Friday last...
Share via
x
More Information