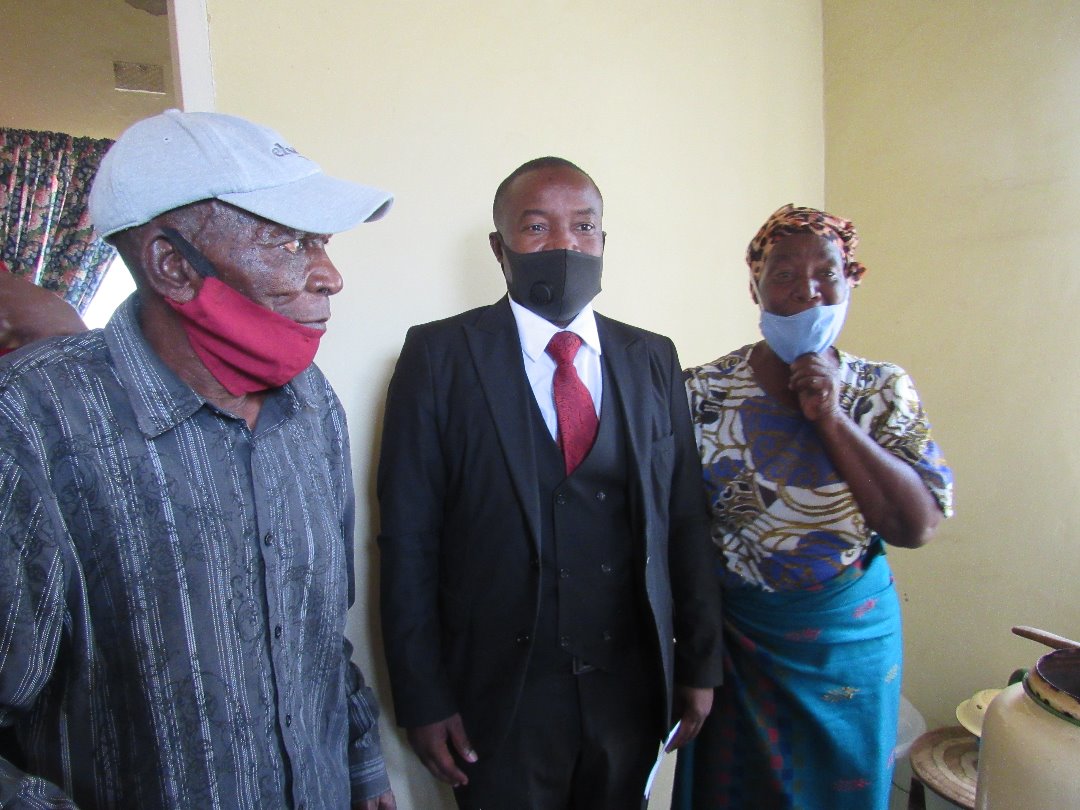 HARARE – The Harare Mayor His Worship Cllr Jacob Mafume donated roofing materials to an elderly couple of ward 34 in Mufakose whose house was gutted down by a mysterious fire.

The roof is currently covered with a tent as we enter the rainy season.

The Tanganyika’s 5 bedroomed house was destroyed by fire on 17 August in which the couple suspected an electric fault.

Experts from the power utility who inspected the house, however, disputed these claims.

Mrs Tanganyika now suspects that a bomb could have burned her house as there was a noise before the fire erupted.

“The City of Harare will continue helping its residents in every possible way ” Cllr Mafume said.
After the tour of the damaged property, the Mayor committed to source for building material as the walls are no longer strong enough to carry a roof.