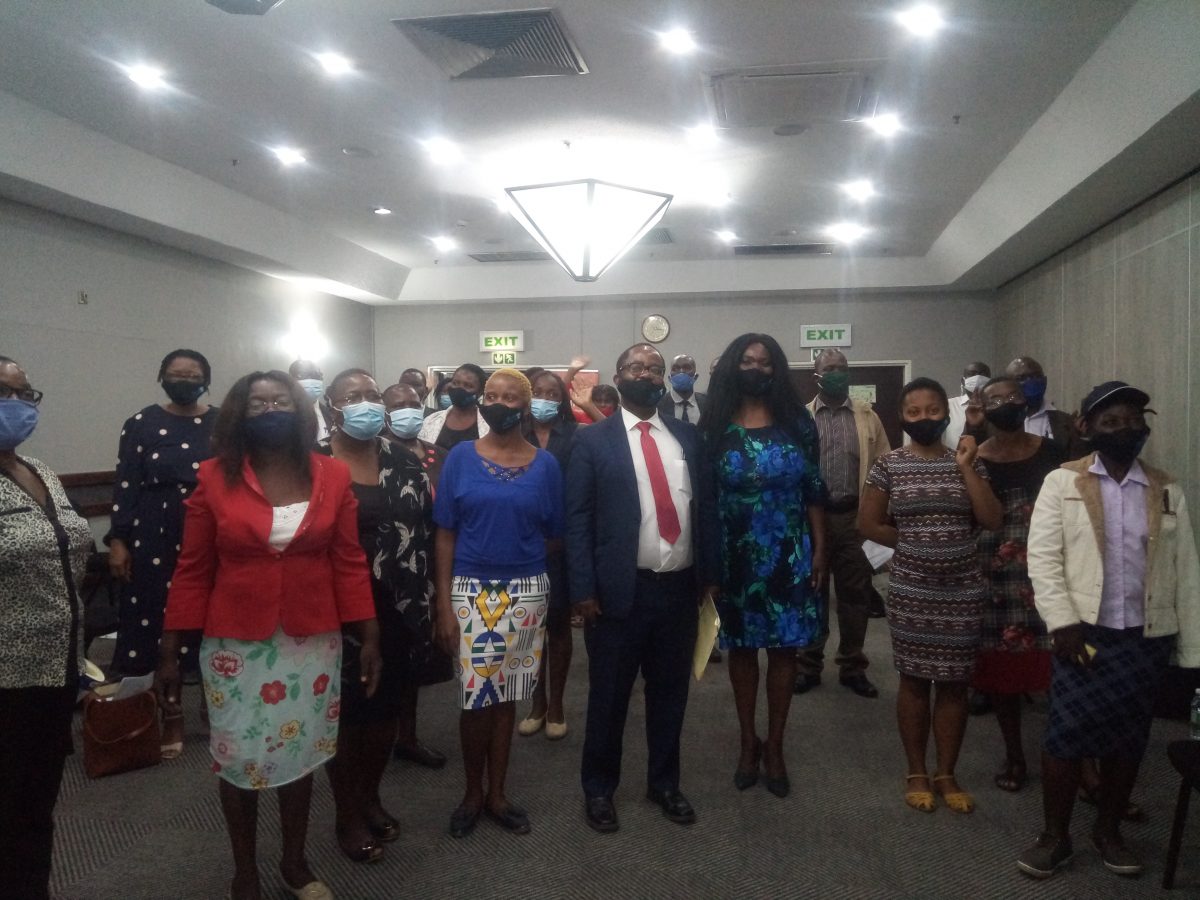 HARARE – The incidence of HIV is higher among girls and women compared to boys and men hence the need for gender-sensitive policies that address the disparities. The Pan African Positive Women’s Coalition (PAPWC-Zim) has said.

In his keynote address at the Zimbabwe Women Living With HIV National Forum Leadership (ZWLWHNF) and Governance Workshop at Holiday Inn Hotel in Harare, Dr. Bernard Madzima, the Chief Executive Officer of the National AIDS Council emphasised the importance of embracing gender-sensitive policies in the HIV response.

“As we talk about the Meaningful Involvement of People Living with HIV/AIDS (MIPA) let us also be cognisant of gender issues. As you look at the various HIV indicators, you note that the incidence of HIV is higher among young girls and women compared to boys and men.

ZIMPHIA results of October 2015 showed that incidence of HIV were 0, 59% among females compared to 0, 31% males. This then puts into perspective the need for gender-sensitive policies that address these disparities,” Dr. Madzima said.

Speaking on the same occasion, Catherine Murombedzi, the Chairperson of the ZWLWHNF Steering Committee said the indaba provides an opportunity for participants to learn and be better equipped to go back to in Zimbabwe’s 10 provinces to impart the knowledge to fellow women.

Murombedzi said training a woman is akin to training a community since women are mothers who live in communities where they have a duty to guide children and families on the right path.

Guided by the quest to build a movement of women and girls since 2017, the ZWLWHNF has grown to be a national community changer in the 10 provinces with membership open to women and girls living with HIV.

Tendai Westerhof, the ZWLWHNF National Coordinator said the PAPWC Zimbabwe Chapter is mitigating the unique needs of women and adolescent girls living with HIV in mostly rural areas in Zimbabwe.

She alluded to a myriad of challenges faced by women and girls living with HIV.

“The HIV epidemic has increased female and child-headed household, orphans, and vulnerable children some of who are HIV positive.

Most of these households are poor resulting in compromised health and nutrition status. There is a vicious cycle created within poverty, food security, and risky behavior that increases the risk of re-infection and gender based violence for women and adolescent girls living with HIV.

“There are high infant mortality rates even for those on treatment. Most households in Zimbabwe have insecure livelihoods that increase their potential to contract HIV from risky income-generating strategies such as inter-generational and multiple sexual relationships and sex work in the absence of protection,” Westerhof said.

The HIV activist said stigma and discrimination still persist despite concerted effort through prevention strategies. This has exacerbated denial and fear of disclosure while discrimination also continues to violate the rights of women and girls living with HIV within the family, community, health care settings, and workplace.

“Most women and girls living with HIV have limited or no resources and cannot afford the high cost of treatment and user-fees though in most centers around Zimbabwe HIV treatment is free. User-fees remain a treatment barrier and there is no national policy to regulate user-fees.

“Women and girls living with HIV suffer the brunt of the epidemic as many live very far from health centers where treatment is rolled out.

There are accessibility challenges due to lack of transportation as many still live in hard to reach areas with no or poor road networks and communication. They also miss out on the elimination of mother-to-child transmission (EMTCT) for themselves, their partners, and children,” Westerhof added.

The workshop has been made possible courtesy of the support from UNAIDS, UN Women, and the National AIDS Council.

HARARE - The incidence of HIV is higher among girls and women compared to boys and men hence the need for gender-sensitive policies that address the disparities. The Pan African Positive Women’s Coalition (PAPWC-Zim) has said. In his keynote address at t...
Share via
x
More Information