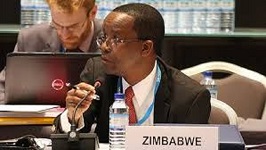 Engineer Mutezo, a former Energy minister, is alleged to be the kingpin of recruiting and financing the People First project in Chimanimani District while Councillor Zviuya has openly acknowledged he has defected.

Politburo member, Cde Oppah Muchinguri and Provincial Chairman, Dr Samuel Undenge concurred that there are serious problems in Chimanimani which should be urgently resolved.