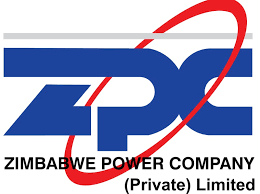 HARARE – Former Zimbabwe Power Company (ZPC) board chairman Stanley Kazhanje’s attempt to outfox the justice system by applying for bail pending appeal against a three-year jail term for corruption while in the comfort of his home, backfired when an alert High Court judge noticed it and ordered his incarceration.

Kazhanje had not handed himself in when his appeal against both conviction and sentence last month was struck off by the High Court because it was defective and bad at law.

He instead filed a fresh application for bail pending appeal from his home.

Kazhanje’s submission that he was in custody at the time of filing the bail application was misleading.

Justice Pisirayi Kwenda who presided over the application became suspicious and enquired from his lawyers if Kazhanje was in custody.

His lawyers told the court that their client was in custody, but dissatisfied with the response, Justice Kwenda requested the lawyers to bring him to court in person.

The judge also asked the prosecution counsel in the matter to check with the prisons if indeed Kazhanje had handed himself in after his appeal was struck off.

Prison authorities said Kazhanje was out of custody.

He was then brought before the judge who wanted an explanation why he was applying for bail when he was not in prison.

But Kazhanje argued that the same court had previously released him on bail pending his appeal after finding that he was a suitable candidate for bail.

This, he argued, had not changed save for the technicalities alluded to by the court.

He said circumstances surrounding his case could not affect his suitability for bail insisting that he remained a proper candidate for bail as already found by the same court.

But Justice Kwenda did not agree with his assertion, which he found to be untenable.

The judge then told Kazhanje that he could not get bail while he was out of custody and committed Kazhanje to prison saying it was up to him to submit a fresh application for bail pending appeal if he still wanted to pursue his appeal.

Kazhanje, who was serving his sentence at Chikurubi Maximum Security Prison was granted $1 000 bail by the Harare High Court last year.

He was convicted of taking a US$10 000 bribe from Intratrek Zimbabwe, a company which had been awarded a US$172 million tender to build a 100 megawatt solar power plant in Gwanda.

The court heard that Kazhanje was paid the money to influence him to stop the ZPC board from cancelling the tender after Intratrek, which is owned by Harare businessman Wicknell Chivayo, was accused of breaching its contract.

Kazhanje claimed the money was paid for past engineering consultancy services he had performed for Intratrek.

The court also heard he had not declared this information and had concealed the payment from Intratrek.

HARARE - Former Zimbabwe Power Company (ZPC) board chairman Stanley Kazhanje’s attempt to outfox the justice system by applying for bail pending appeal against a three-year jail term for corruption while in the comfort of his home, backfired when an aler...
Share via
x
More Information