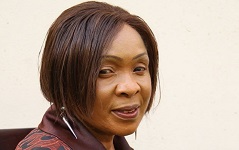 ZIMBABWE – Government must expedite the realignment of family laws in the first quota of this year to ensure the rights of women and children enshrined in the Constitution are protected, a Government minister has said.

In an interview last week, Minister of Women’s Affairs, Gender and Community Development Cde Nyasha Chikwinya said there were a lot of gaps and discrepancies in family laws between the old and new Constitution that needed to be addressed to ensure women and girls were not wantonly abused under the guise of law.

“Zimbabwe now has got one of the most progressive constitutions in Southern Africa that addresses the rights of women and has been touted as a women’s Constitution,” she said.

“Sadly, all those achievements are being watered down by existing gaps within the new and old constitutions, with some culprits taking advantage of the grey areas to perpetrate abuse among our citizens, particularly women and children,” she said.

Cde Chikwinya said in the case of the Marriages Act, it does not give an age limit for marriage, creating fertile grounds for child abuse and the proliferation of child marriages.

“We are currently running a massive campaign against child marriages in Zimbabwe and such discrepancies will certainly derail our efforts in protecting the girl,” she said.

“The law is there to protect the rights of everyone, so by allowing such discrepancies to continue, we are letting our girls down when we should be protecting them.

“We want our women and children to enjoy their rights that are enshrined in the Constitution,” she said.

In the Children’s Act, women activists have been calling for the removal of definitions of a minor, young person and child.

They want those terms to be replaced with one encompassing definition that a child means a person under the age of 18 years.

They also want the removal of all discriminatory language such as the word “illegitimate” contained in one of the sections.

They also say phrases in the Deceased Estates Succession Act and the Administration of Estates Act, making it a requirement that a surviving spouse should be physically present at the house when the other spouse dies to be able to inherit should be removed and substituted with the phrase “matrimonial home”.

That means so long as the house is a matrimonial home, it does not matter where the surviving spouse is at that particular time.

“These and other laws must be looked at very closely to ensure that such loose ends are tied up neatly together to avoid misrepresentation at the courts,” said Minister Chikwinya.

Vice President Emmerson Mnangagwa, who oversees the Ministry of Justice, Legal and Parliamentary Affairs, recently revealed that the bulk of the work in the alignment of laws to the Constitution had been covered, with the process expected to be completed this year.

ZIMBABWE - Government must expedite the realignment of family laws in the first quota of this year to ensure the rights of women and children enshrined in the Constitution are protected, a Government minister has said. In an interview last week, Minister o...
Share via
x
More Information