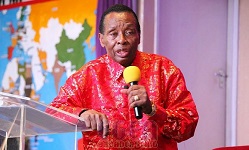 ZIMBABWE – The Zimbabwe Council for Higher Education (Zimche) has stopped Zimbabwe Ezekiel Guti University from enrolling law students because its law school has not yet been approved.

The university flighted adverts in the media last week inviting applications from students, including those who wanted to study law.

Zimche and the Law Society of Zimbabwe immediately raised their reservations with the development.

Zimche chief executive officer Professor Emmanuel Ngara on Friday confirmed that they had stopped the university from enrolling students for law.

In an emailed response to The Herald, Prof Ngara said: “Please be informed that the programme is still in the process of accreditation by the Zimbabwe Council for Higher Education, and the institution (ZEGU) is not allowed to advertise and to enrol students on the programme.

Zimche has already discussed the issue of the advert with the institution concerned.”

Law Society of Zimbabwe president Mrs Vimbai Nyemba said their mandate was to regulate the operations of law schools, as such, they wanted ZEGU to meet all the requirements.

“So, as a society, we are not going to wait for students to be enrolled before the institution has met all the requirements,” she said.

“As for the Zimbabwe Ezekiel Guti University, they have since apologised for flighting adverts inviting applications without being registered.

“They have since invited us to inspect if they have met all the requirements. So, we will be going there very soon to check if they are compliant. There are so many stakeholders whose requirements have to be met.”

“They came to us and presented their issue, which showed they had excellent facilities for that, he said. But Zimche raised a few issues that they wanted addressed.

“The university is already registered, but whenever you introduce a new programme there is need to comply with Zimche requirements that are guided by other stakeholders.

“I think that does not stop them from advertising because they are already a registered university. What they can not do is to start the law school without meeting the Zimche requirements.”

Efforts to get a comment from ZEGU were fruitless.

ZIMBABWE - The Zimbabwe Council for Higher Education (Zimche) has stopped Zimbabwe Ezekiel Guti University from enrolling law students because its law school has not yet been approved. The university flighted adverts in the media last week inviting applica...
Share via
x
More Information
x