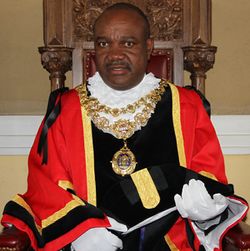 At a time when I was tempted to write a book about Harare City Council I had started with book title options (very much against the advices of real authors!).

I had come up with the following titles for the book:

which was considered rather abrasive,

At no point did I imagine these 3 would one day all fit in, so aptly, at the same time, as is the case now, describing the realities unfolding every week.

With the purported recall of freshly-elected Mayor of Harare Cllr Jacob Mafume by a political faction coming out of one of the democratic forces, the situation at the City – for now fits, all the above “wannabe-book-titles”.

Should the rumoured brutal recall succeed, for the first time in the entire history of the City of Harare we would have neither Mayor nor Deputy, possibly no Council Committees and no Chairmen of Committees.

Out of a total of 46 municipal wards some 23 seats would be vacant – without elected councillors – courtesy of these political party recalls – bullets have been flying and hitting.

That is the impact just on the elected/political side of municipal leadership.

It’s not looking fancy on the technical/management side of the City either.

For starters, at least 4 executives are facing various allegations in our courts all of them on bail.

Out of the top 8 executive positions ALL are under ACTING Heads (temporary place-holders) for various reasons but largely to do with the overall current turbulence and bail conditions.

Now this is the same Captial City which, historically, has on its own had an annual budget bigger than the budgets of some SADC countries OR as big as 10 to 15 smaller government ministries combined.

It is the Council’s huge size that attracts all the fatal politics into its operations.

The hiring and firing of almost any of the top 8 executives for City of Harare is now a minimum of 2 year process.

Quite easily, it can take up to 5 years to handle and to navigate it through end-to-end.

This organisational tragedy is simply because the ruling party in central government demands a big finger in the process and choice of council executives under these urban municipalities “run” by opposition party elected councillors.

There is NO WAY we can expect our cities to match or even imitate well-run cities in other countries when the essentials are simply this deranged.

At a time when I was tempted to write a book about Harare City Council I had started with book title options (very much against the advices of real authors!). I had come up with the following titles for the book: 1.'Dodging Bullets', which was considered...
Share via
x
More Information