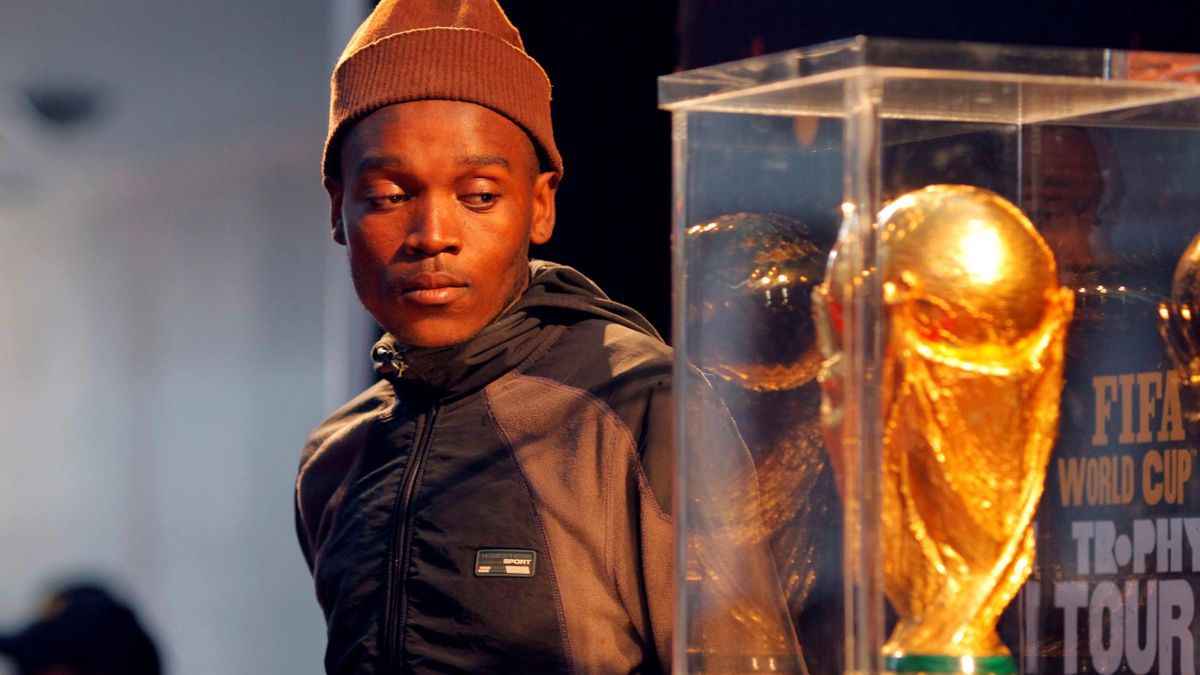 JOHANNESBURG – The mere presence of the magnificent FIFA World Cup trophy has brought back so many fond memories and feelings of nostalgia to both soccer players and fans in South Africa. The FIFA World Cup trophy is on a global tour of 51 countries that includes the 32 nations that have qualified for the 2022 edition in Qatar later this year. One of those stops was in South Africa, where Brazil’s 2002 World Cup winner, Juliano Belletti, accompanied the coveted silverware as it touched down at Lanseria International Airport in Johannesburg on May 28.

“It’s a special moment indeed, quite excited and nervous as well. Not many people get the opportunity to see the World Cup trophy,” said Siphiwe Tshabalala, former South African midfielder who did the sensational 2010 FIFA World Cup opening goal at Africa’s first ever World Cup 12 years ago.

Day two of the worldwide tour saw the sport’s biggest prize visit the home of South African football, Soweto, with fans flocking to get a rare glimpse of the trophy and a memorable photo.

“The feel-good factor is definitely back. Even though we haven’t qualified for the World Cup, the fact that you get the opportunity to come out to Maponya Mall and take a picture with this iconic trophy is one of those once-in-lifetime opportunities,” said Mpho Letsholonyane, a sports broadcaster.

“It is just such a privilege, just brings back all the memories of 2010 and the vibe that we had in the country. It is just amazing,” said Yehuda, a football fan.

And with five representatives from the continent heading to Qatar, there was a real sense of belief that one of them could go one better than Ghana did in the 2010 event.

“I will be rooting for all the five countries, they are not only representing themselves, but they are representing the continent as well and it’s high time that we have an African team in the World Cup going all the way,” said Siphiwe Tshabalala.