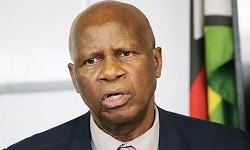 ZIMBABWE – In the past, information about loans accessed by government was hardly available so it was subject to much speculation.

The public was not well-informed about such developments and no one in government appeared to care. Maybe, this is how the Reserve Bank of Zimbabwe’s debt ballooned to $1,3 billion — there was no public accountability. This, however, appears to have changed during Patrick Chinamasa’s tenure as Finance and Economic Development minister. Some information is now readily available and there appears to be a general air of openness about the country’s contraction of debt — although more can still be done in terms of accountability. Whether this is attributable to the International Monetary Fund’s Staff Monitored Programme which the country is currently operating under, that is not clear to me, but whatever the cause, the outcome is good. As a person who monitors and aggregates financial sector information, the ministry is certainly making my job easier.

In addition to holding press conferences for every major policy announcement or deal closure, the Finance ministry also now typically follows up with prompt press releases in at least two newspapers, if not all the major ones. Clearly, the ministry is making discernible efforts to be transparent. I have not managed to check the ministry’s website but hopefully, the statements are posted there too. A case in point illustrating timeous communication of information that is of public interest was the announcement on October 8, 2015 of the endorsement of the country’s proposed debt clearance strategy by the International Financial Institutions (IFIs) While Chinamasa was still holed up in Lima, Peru for the World Bank/IMF Annual Meetings held from October 8-12, 2015, in Harare, Zimbabweans were already being informed about this development through notices in the local press.

There can be no trust without openness

In the spirit of good public finance management, taxpayers deserve to be informed about loan terms and conditions at the time of debt contraction, not to hear about them for the first time when an incidence of default eventually occurs or years later when there is a need for government to take over the debts. What the ministry may have realised is that informing the public about key fiscal developments enhances trust. For example, delays in payment of salaries and pensions are now announced through appropriate public notices, something which reduces speculation and even costs on the part of the civil servants and pensioners since this helps them to plan accordingly.

Part of Zimbabwe’s problem, which feeds into its country risk profile, is poor perception. This may be because we do not put out enough positive information out there about the country’s economic developments. When we publicise our deals by providing factual information, it creates positive vibes which can influence potential lenders and investors. Recently, I was impressed to learn that the $87 million deal concluded between the Export Import Bank of India by the Finance ministry for the renovation and upgrading of Bulawayo Thermal Power Station was listed on TXF Media’s tagmydeals platform (www.tagmydeals.com ). The platform provides details such as the borrower (government of Zimbabwe), deal volume ($87 million), country (Zimbabwe), industry (Energy), deal type (Export Agency Finance) and date of financial close. The deal would probably never have been listed on such an international platform if basic terms and conditions were not in the public domain.

Sharing information reduces risk and enhances the quality of decision-making. Allow me to digress a little in order to illustrate my point. Zimbabwean banks learnt this the hard way — because they were too busy competing with each other to share information about their borrowers, they raked up huge Non-Performing Loans by blindly lending to companies that were already heavily indebted, thinking that they were still blue-chip. They only got to know that they were badly exposed to the same borrowers when it came to security sharing or the realisation of security. By sharing information on the country’s external borrowings, the ministry is cultivating an image as a transparent borrower who can be trusted to voluntarily reveal information on indebtedness. The ministry must be commended for this stance and hopefully, other ministries can follow suit in respect of their own programmes. They should not wait to be asked for progress reports either in Parliament or by the Press — they should volunteer information in the spirit of public accountability. In this brave new information age, the WHITES (WitHolding Information To Enhance Status) Syndrome no longer has any place.

ZIMBABWE - In the past, information about loans accessed by government was hardly available so it was subject to much speculation. The public was not well-informed about such developments and no one in government appeared to care. Maybe, this is how the Re...
Share via
x
More Information