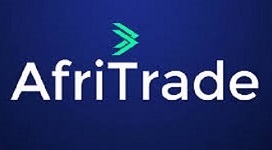 ZIMBABWE – Afritrade International Ltd (ATI) has appealed against a Fiscal Appeals Court judgment ordering it to pay $6,3 million tax which it allegedly evaded after supplying basic commodities to the Reserve Bank of Zimbabwe.

The basic commodities were supplied under the Basic Commodities Supply Side Intervention (Bacossi) programme meant to address food shortages which had hit the country following the imposition of sanctions by the West.

Afritrade International Ltd is a foreign company registered and based in Guernsey in the British Virgin Islands.

Justice Kudya established that the firm entered into an agency agreement with D&T to supply the commodities under the $10 million line of credit registered with the RBZ to the firm and other local customers.

The RBZ was referred to the firm by D&T and negotiations culminated in the purchase of commodities that were in the D&T warehouse in Chitungwiza valued at nearly $8 million.

The two parties also concluded an agreement in which Afritrade International Ltd supplied commodities valued at more than $11 million between July and September 2008.

In his judgment, Justice Kudya said the Zimbabwe Revenue Authority conducted a tax investigation of the purchases in foreign currency of the RBZ from Afritrade International Ltd between May 2006 and September 2008.

He said the investigations revealed non-payment of VAT on the supplies made in that period.

Justice Kudya noted that after being hit with the tax bill, Afritrade International (Ltd) launched an appeal denying ever doing business in Zimbabwe.

But he said he was satisfied that the firm was carrying on the business of supplying goods in Zimbabwe through the agency of D&T.

ZIMBABWE - Afritrade International Ltd (ATI) has appealed against a Fiscal Appeals Court judgment ordering it to pay $6,3 million tax which it allegedly evaded after supplying basic commodities to the Reserve Bank of Zimbabwe. The basic commodities were su...
Share via
x
More Information