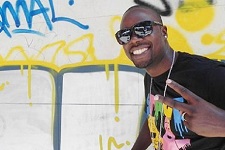 ZIMBABWE – However it’s still mystery to who the Dhafu korera rapper has proposed to since he did not reveal the name of the lucky lady he proposed to.

“Seems my journey has come to an end and I’m hanging my boots.

“Who wants to be my best man?”

Stunner’s last known girlfriend was the gorgeous Melissa aka Size 6 who was also a singer under his Tazoita Cash Records label.

However a lot has been said ever since she left to study overseas and there is no concrete evidence to whether the two are still an item.

2018 polls – Researcher says only a united opposition led by Mujuru …

Mugabe calls for lifting of sanctions at UN summit