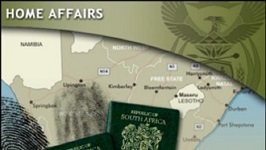 The company is seeking to bar the two companies from disposing 5 000 metric tonnes of fertiliser cargo, stored in Zimbabwe.

Last Sunday, Tradiak Logistics successfully obtained a provisional order under case number HC8714/15 barring the firms from disposing the cargo pending the hearing of the main matter next Thursday.

The order by High Court judge Justice Ester Muremba reads: “Pending the hearing of the matter . . . it be and is hereby ordered that the respondents (Bounty Harvest and Monsoon Global Trading) shall not dispose of the
5 000 metric tonnes of fertiliser which is in its two warehouses in New Ardbennie and Msasa.”

his firm was seeking confirmation of the jurisdiction of the local court for the purposes of recovering the sums of $512 167 and R6 509 194,32 owed to it by Bounty Harvest and Monsoon Global Trading in respect of transport, logistics and warehousing costs for the delivery of the fertiliser into Zimbabwe.

Dawson said sometime in December last year, a fertiliser dealer, TRIOMF Fertiliser, that had bought the fertiliser, allegedly confirmed it was solely responsible for the payment of stock moved under the collateral management of the said cargo to its facilities in Harare.

“Accordingly, and pursuant to the said sale and purchase agreement, respondents contracted and assigned applicant [Tradiak Logistics] to handle all the transport, logistics and warehousing of the said fertiliser into Zimbabwe resulting in applicant delivering 5 000mt to respondent’s two warehouses in Zimbabwe,” Dawson said.

He further said between May and August this year, Bounty Harvest and TRIOMF Fertiliser had their own dispute pertaining to an outstanding balance of R81 million for the sale of the said fertiliser, which dispute later spilled into the courts.

“The said dispute, its resolution and withdrawal has resulted in the release of the fertiliser cargo from legal attachment by the Sheriff of Zimbabwe as the provisional order naturally fell away consequent to the said withdrawal; thereby enabling and entitling 1st respondent and the said TRIOMF Fertiliser to commence trading and/or dealings in the fertiliser as they deem fit while respondents remain defiant in not paying for the delivery,” Dawson said.

SADC judges conference set to kick off in Zimbabwe

ZIMBABWE - A South African company, Tradiak Logistics, has taken Mauritian firms Bounty Harvest and Monsoon Global Trading to the local High Court over debts of over $1 million. The company is seeking to bar the two companies from disposing 5 000 metric to...
Share via
x
More Information
x