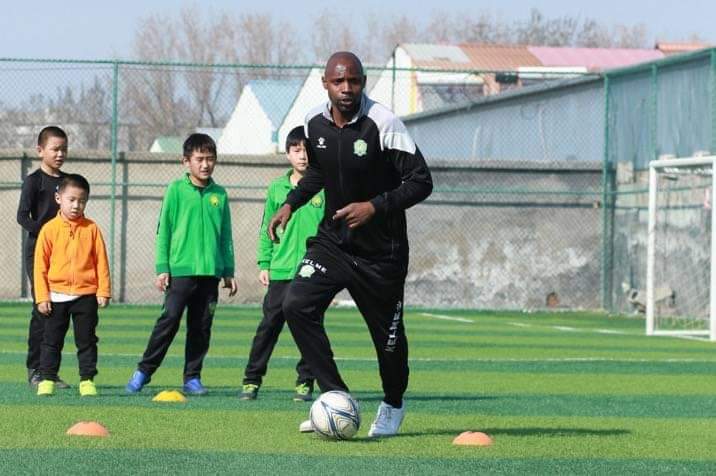 HARARE – Former Caps United and Dynamos forward, Leonard Tsipa, has been awarded the inaugural China edition, of the Zimbabwe Achievers Awards Sportsperson of the Year award.

Tsipa is coaching a junior side, Academy Beijing Guoan, in China, was honoured ahead of two other Zimbabwean sports personalities based in that country.
Tatenda Mafumhe, who is a Physical Education teacher and has an association with the Wuhan Baiji rugby club, was the other nominee.
He is in the process of developing a rugby programme, at the school, where he works.

The other nominee Tawanda Dozva, who is a basketball and athletics coach, is also a sports administrator by profession.

He is currently a basketball coach at a club in Hailer City.
Tsipa (39), was forced into retirement in 2017, when he could not recover, from a nagging injury.

He is now into coaching, where he is in charge of players from Under-6 up to Under-16, in China.

Tsipa, who is staying together with his family in China, said he felt humbled to be recognised. He said:

I am so excited that people voted for me and I got this award.

Although I have won many awards in my career, as a footballer, it always feels good to be noticed for what you are doing.

I give glory to God, I also thank my wife Samantha, who has always been a pillar of strength, in my life.

The Zimbabwe Achievers Awards have been running for 10 years.

They started in the United Kingdom and they are the brainchild of Conrad Mwanza.

They have been held in several countries, such as Australia and the United States of America, and were launched in China, on 2 October.

HARARE - Former Caps United and Dynamos forward, Leonard Tsipa, has been awarded the inaugural China edition, of the Zimbabwe Achievers Awards Sportsperson of the Year award. Tsipa is coaching a junior side, Academy Beijing Guoan, in China, was honoured ah...
Share via
x
More Information