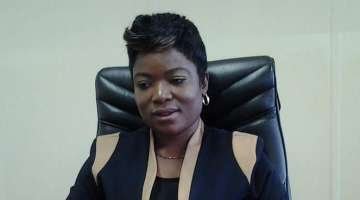 The former minister is alleged to have illegally parcelled out State land in Harare and Mashonaland Provinces.

“Kagonye was arrested on fraud allegations related to illegal land sales in and around Harare and Mashonaland East provinces,” he said.

She joins a growing list of ministers and former ministers to be arrested on corruption charges since President Mnangagwa took over power in November 2017 although none has been convicted so far.

The failure to convict people from high offices has led to questions about Mnangagwa’s commitment to fighting corruption with many seeing it as a continuation of the catch and release related to the late Mugabe’s era.

Kangonye may also face charges related to misuse of funds from the National Social Security Authority, where she is alleged to have diverted at least US$400 000 during her time at the helm of the Labour and Social Welfare Ministry.

HARARE - Former Labour and Social Welfare Minister Petronella Kagonye was yesterday arrested on corruption charges related to parcelling out of State land. The former minister is alleged to have illegally parcelled out State land in Harare and Mashonaland ...
Share via
x
More Information