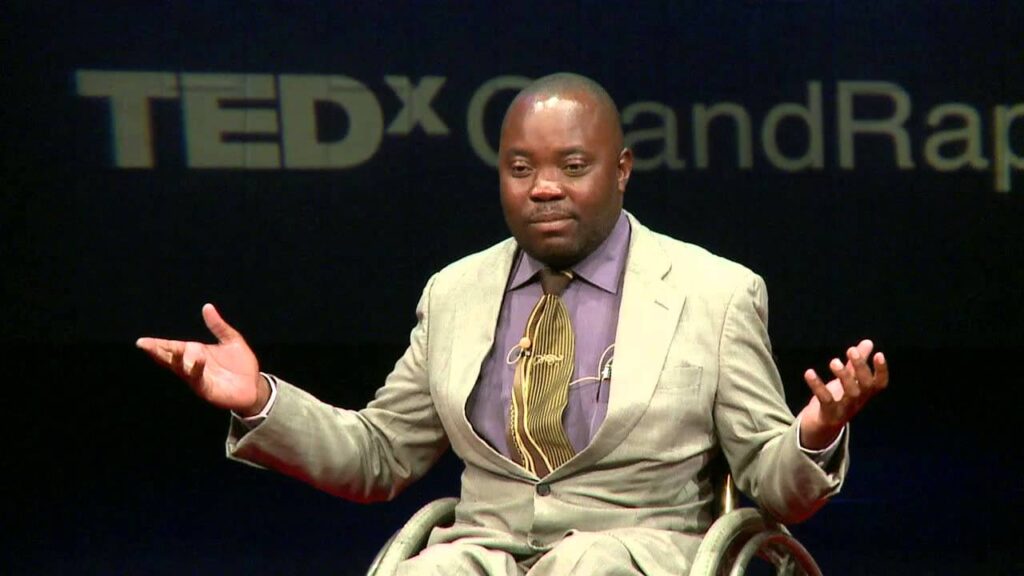 LILONGWE, MALAWI – Malawi’s former deputy speaker who shot himself in the head on Thursday inside parliament was buried on Saturday in the southeastern town of Mangochi.

With security in place, including electronic detectors for weapons, Clement Chiwaya managed to get inside the parliament building with a loaded gun and killed himself in front of the Clerk of Parliament Fiona Kalemba whose office is on the upper floor of the oval-shaped building.

Sources indicated that due to a disability and the use of a wheelchair, Chiwaya was not always subject to security checks out of respect and consideration.

“He was not really subjected to the checks like going through the security door with detectors and I guess this was the case during his fateful visit,” said a senior official in parliament.

“This incident is tragic and traumatic to all involved and we ask that the public be sensitive to the family and all involved,” said Hara.

Parliament said Chiwaya, 50, was pushing to have his official car term in 2019 transferred to his name as part of retirement benefits at the end of his five-year.

But parliament took time to work out the arrangement even after the ombudsman ruled in his favor.

Parliament justified the delay, citing an outstanding case in court “regarding his vehicle which was involved in an accident while transfer of ownership had not been completed and insurance had expired.”

In a purported suicide note, which has gone viral, Chiwaya hinted he was reduced to being a beggar for something he was thought he was entitled.

“Perhaps out of frustration, Chiwaya decided to kill himself in parliament to make a statement,” said the senior official.

Chiwaya, also served in the Cabinet under former President Peter Mutharika as minister responsible for disability and elderly affairs.

He is the second well-known politician and former lawmaker to commit suicide.

Former Cabinet minister and Member of Parliament Godfrey Kamanya shot and killed himself in 2014 after losing an election.

“While it would have been easier to hurt others with the means I have, I don’t want that to be my legacy. My heart and spirit has been brought down not because of the possession such as a vehicle but the persistent begging that I am doing to get what belongs to me.In his suicide note, Chiwaya says

“Is this life worth living. Probably yes to others. For me the fact that I have taken the issue to various people and I am forced to be begging them to do something is really depressing.”

Continues Chiwaya: “I don’t have any more energy to carry on. Many of you will not forgive me but I am down. I have reached the end of my tether. If I continue living I will hurt others and I don’t want that to happen I am already suffering from my post polio syndrome which is getting worse everyday. Compounded by this these people think I am asking for charity and yet this is a vehicle I bought with my own money

“I love my wife Sullea. She has given me the best 11 years or so since I made a choice to live with her. We have seen ups and downs and she is my pillar in times of hurt like this. Yes, we had plans to wed in December. Ring or no ring you gave me the best days.”

“I love my children Bhubhile Sandra Crecencia Caleb and Clement Jr. I really want to apologize to them for the pain I will bring to them. My fear is if I continue living I will hurt others especially the people that have decided to make my life miserable that way my family will be ostracized. I am going to Parliament and do this to make a statement that I know they are doing this because I am disabled and they don’t value me.”

“I would like to thank Martha Chizuma as Oumbsdsman because she saw the injustice and also judges at the Commercial court for their part in trying to see this come to an end. Parliament feels they have the audacity to deny me what belongs to me and I have to go and beg them. I have had enough of that. With a fully loaded gun I could have killed these people but I will go alone. Let them prevail. I want everything that I have to be enjoyed by my mum my wife and my kids mentioned above. I am going with a free mind. Sullea I will always love you even in my death. Apiti Jana tuchisimana. I love you mum. To my mum and dad in US and to all my friends I will always value the support you gave me through and through. We will meet on the other side,” he concludes.

Chiwaya bowed out of active politics in 2019. However, he did not say his next move.

He just said having served as a cabinet minister and deputy speaker, he felt contented that he has done his part and it was time to bow out.

Former Malawi Speaker of Parliament shoots himself dead in Parliament

LILONGWE, MALAWI - Malawi’s former deputy speaker who shot himself in the head on Thursday inside parliament was buried on Saturday in the southeastern town of Mangochi. With security in place, including electronic detectors for weapons, Clement Chiwaya ...
Share via
x
More Information
x