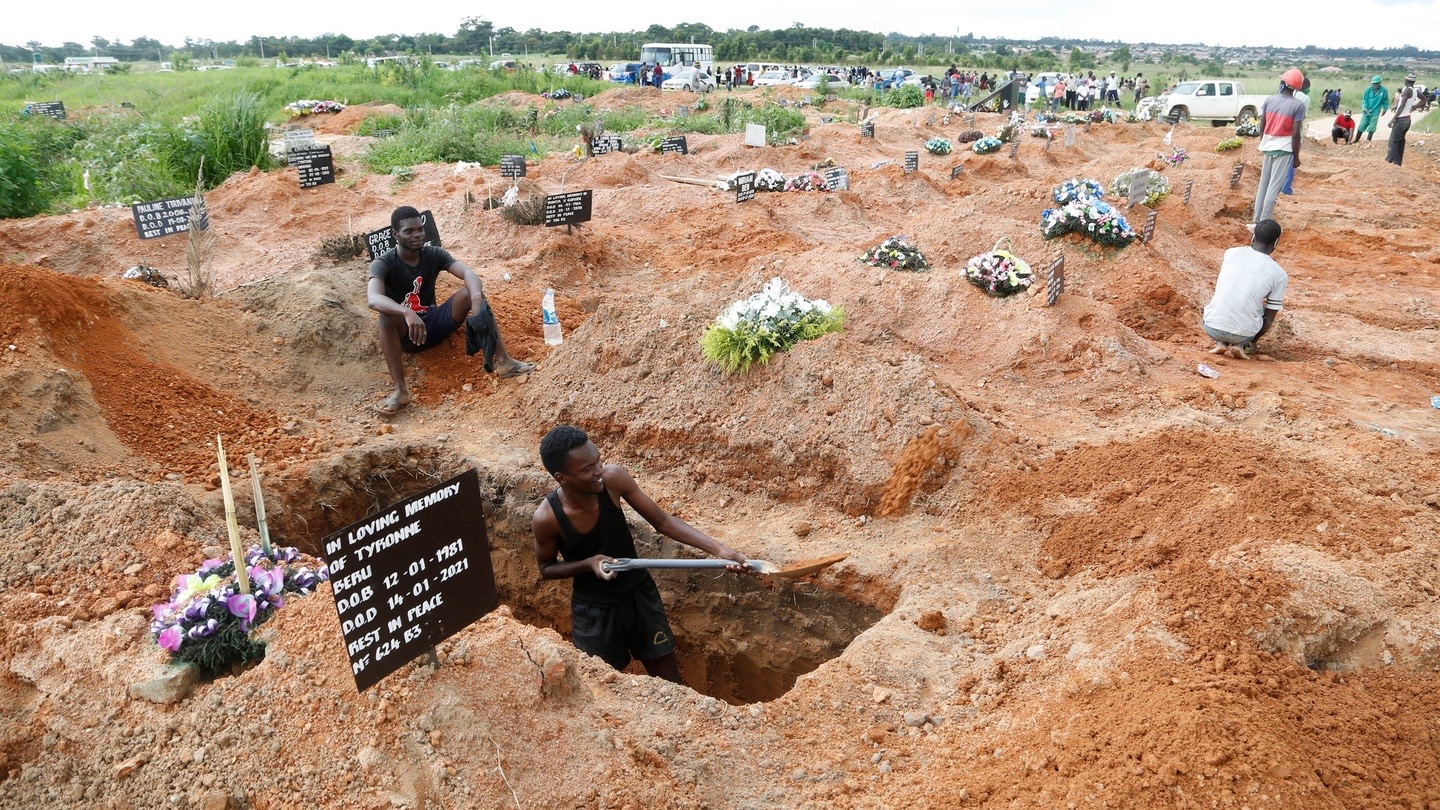 CHINHOYI – A Mhangura family on Friday buried a wrong corpse after a mix-up occurred during collection of the body at Chinhoyi Provincial Hospital.

Sources at the hospital told H-Metro that the unfortunate incident has led to the suspension of the mortuary attendant.

Alaska bound…Samson Mazivisa’s body soon after exhumation in Mhangura
The Mhangura family collected the body of Samson Mazivisa, 80, who died on July 25 in Alaska instead of Eriya Banda of Mhangura.

Mazivisa was buried in Mhangura on July 28 before he was exhumed last week.

Mazivisa was supposed to have been buried at Glane State farm in Alaska on Friday.

His body was later exhumed the following day.

A close relative told H-Metro that they were shocked when his body could not be found at the mortuary.

“We were supposed to have buried him here in Alaska on Friday but there was a mix-up of bodies at the mortuary. We had already dug the grave in anticipation of his burial,” said the relative.

An eyewitness who attended the burial in Mhangura told H-Metro that the man, Eraya Banda, succumbed to Covid-19 and his body was taken to the provincial mortuary as the family prepared for his burial.

A source at the hospital told H-Metro that the mortuary attendant was to blame as he did not take part in the identification process as he remained in his office instead of accompanying both the funeral parlour driver and the relatives to identify the body.

“I understand the mortuary attendant did not help as he remained seated in his office, leaving the driver and the relatives to identify the body on their own. There was an element of negligence by him,” said the source.

Banda’s relative told H-Metro that the family was devastated and shocked by the mix-up.

“We are yet to come to terms with what happened. The driver of the funeral parlour told us that it was the body of our relative and due to Covid-19 restrictions, the parlour collected the body.”

He said they took the body for burial in Mhangura and buried it.

“We were shocked when we got a call from Chinhoyi that we had buried the wrong body. Takaudzwa kuti Covid-19 bodies hadziitwe body viewing and there was no way we could have known that it was not our fault,” he said.

The relative said the Mazivisa family came around 6pm and they had to go to the graveyard with a team from the health and funeral parlour to exhume the body.

“They came and exhumed the body and took it away.

“Just imagine what we went through? Zvakaoma chose,” he said.

The relative said that they went and correctly identified their father and took him for burial.

“We dug another grave and buried him yesterday.”

A source at the hospital said the medical superintendent Dr Mawire and the manager of the funeral parlour was there and went to Chemagamba police to rectify the anomaly.

An official from the private parlour who agreed to talk on condition of anonymity told H-Metro that they were not at fault of what had transpired at the hospital.

“Once the deceased was positively identified to us by the relative and mortuary attended, we then proceeded to place of burial as per family instructions.

It was later discovered that there had been an error in the process,” he said.

“The police, hospital and family were involved in establishing what transpired and was found that we were not at fault. Yes exhumation was carried out and corrective measures since taken,” said the official

He said it was important that, the deceased was identified at the hospital mortuary by a relative

Emmerson ‘Crocodile’ Mnangagwa is worse for Zimbabwe than Mugabe, by far!

CHINHOYI - A Mhangura family on Friday buried a wrong corpse after a mix-up occurred during collection of the body at Chinhoyi Provincial Hospital. Sources at the hospital told H-Metro that the unfortunate incident has led to the suspension of the mortuary...
Share via
x
More Information
x