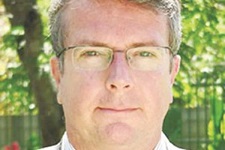 ZIMBABWE – A number of French investments are lined up for Zimbabwe in 2016 with power giant, Schneider Electric, expected to enter the Zimbabwean market, French Ambassador to Zimbabwe Laurent Delahousse has said.

Delahousse told businessdigest in an exclusive interview this week that the firm, which already has a branch in South Africa , will open a branch in the country with a view to set up a manufacturing plant in the near future.

“Schneider electric will next year open offices in the country. The company manufactures power distribution and automation systems,” Delahousse said.

He said French firms doing business in the country such as Proparco and Bureau Veritas are looking forward to expanding their operations the coming year.

Proparco (Company of Promotion and Participation for the Economic Cooperation) is a financial development institution dedicated to private sector financing.

The firm has offered US$60 million lending to financial institutions in the country so far and is currently in talks with local companies with a view to offer lending to them.

Bureau Veritas which was given a contract by government to provide Consignment Based Conformity Assessment (CBCA) services this year is set to develop a test laboratory in the country in 2016 providing testing services for mining and agro based industries.

Government issued a transitional certificate to Bureau Veritas to look at required standards and avoid influx of cheap goods into the country and pave way for competitive of local products.

“Head of Bureau Veritas in South Africa is visiting Zimbabwe early next year to look at developing test laboratory in Zimbabwe.

The laboratory will be providing testing services to mines, agro based industries,” Delahousse said.

He said the Lima proposal, which showed government’s commitment to clear its debts had acted as stimulus to French companies.

Delahousse added that clarifications on the ease of doing business as well as the success stories of French companies in Zimbabwe had acted as a magnet to French companies outside Zimbabwe.

In 2015, French investments to Zimbabwe amounted to over US$80 million.

The year saw the completion of the Seedco Limagrain deal and Anchor Yeast deal.

“I am confident in 2016, we will see more investment coming in the country from France. We are going to be very busy as of early next year.

In January, a business delegation from France led by the French business organisation Movement of the Enterprises of France (MEDEF) spent four days in Harare.

The visit saw 10 major French companies with a total turnover of US$1 billion meeting President Robert Mugabe, government officials and captains of industry.

French Deputy Secretary of Foreign Affairs Rémy Rioux visited Harare in June this year, which culminated in the first joint session of Bilateral Political Consultations after more than a decade.

Sanyatwe under fire over Mujuru

French companies to invest in Zimbabwe

ZIMBABWE - A number of French investments are lined up for Zimbabwe in 2016 with power giant, Schneider Electric, expected to enter the Zimbabwean market, French Ambassador to Zimbabwe Laurent Delahousse has said. Delahousse told businessdigest in an exclu...
Share via
x
More Information
x