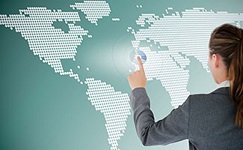 ZIMBABWE – Another chapter for my book titled “Read and Weep.” Last Saturday, Robert Mugabe, the fearless leader of Zimbabwe, the “Moses of Africa,” celebrated his 92nd birthday with a lavish (as in $800,000 lavish) birthday party where he released 92 balloons. Hooray, hooray! If that wasn’t enough, the birthday bash was held in a part of the country where 75% of the maize crop has failed, and untold misery has unfolded in the form of famine and drought. And would you believe that the party was partially sponsored by Lobel’s Bread? Banners everywhere proclaimed Fresh Lobel’s Bread.

Wouldn’t this money have been better spent importing corn?  But no, in an hour-long rambling speech, the Moses of Africa, said that he would not accept foreign aid if it “came with conditions that the country should accept gay rights.” Outrageous.

Even with its economy in complete disarray, the World Bank projects Zimbabwe’s 2016 GDP will grow at 1.5%, way below the government’s estimate of 2.7%. The country is now facing the auger of deflation. An attempt to curb hyperinflation, which at one point in 2008 was reported at 3,500,000% per month with prices doubling every 25 hours, was the reason the government dumped its useless currency and adopted the US dollar, as stated by Gavin Keeton in Business Day.

But this led to deflation, with the January numbers coming in at -0.05%. One would think that deflation would be better than hyperinflation, but as Mr. Keeton explains, “This means the supply of dollars in Zimbabwe is limited and their velocity of circulation is low. The result is that prices are falling and economic activity is stagnant.” What a sad state of affairs. Foreign direct investment could help, but as stated by one government minister in The Zimbabwean, the government considers it “ungodly” and “unpatriotic.”

Does Zimbabwe have a stock market? Yes they do, but who would want to invest there? Recently, the government decided to nationalize all diamond mining companies and ordered them to cease operations and walk away from their assets. Oh what joy it must be to live in Zimbabwe nowadays. Surrounded by better conditions in some of the neighboring countries, I cannot understand why the population hasn’t left and turned off the lights. Although, it must be said that they recently had to import electricity. The lights are already out.

ZIMBABWE - Another chapter for my book titled “Read and Weep.” Last Saturday, Robert Mugabe, the fearless leader of Zimbabwe, the “Moses of Africa,” celebrated his 92nd birthday with a lavish (as in $800,000 lavish) birthday party where he released...
Share via
x
More Information