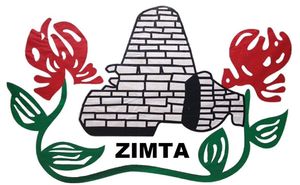 HARARE – Zimbabwe’s various Teacher’s Unions have collectively issued a statement reaffirming their position that they will not be reporting to work until government addresses their concerns and demands.

Majority of the teachers have not reported for duty since the government ordered the reopening of schools on the 28th of September after a 6 month halt due to the Covid-19 pandemic.

They are demanding a salary review which they say should lead to their salaries being pegged at US$520 and have refused a 40% increase from the government which would see them earn around ZWL$5 000 which is still less than US$100.

However, government has continued to ignore the demands instead accusing the teachers of holding the government ransom, sentiments  recently echoed by President Mnangagwa.

President Mnangagwa threatened that those who do not report for work will not be paid. This comes a week after Education Minister, Cain Mathema said the government had unemployed teachers on standby awaiting to replace those who are not complying to the government’s orders.

“Let me assure you that government will never held to ransom by the teachers. By not reporting to duty, they think they will push us to do what they want us. No we are very principled on that,” said Mnangagwa.

Adding that, “Only, those who work will get paid.”

Below is the full statement by the collective Teacher’s Unions responding to the statement made by the President:

▪️ Now that we are about to reach the Armageddon of our incapacitation struggle as witnessed by more teachers joining the action and schools being deserted;

▪️ Worried that His Excellency, President E. D. Mnangagwa made remarks threatening teachers on industrial action before seeking engagement and remaining indifferent to the plight of the teachers;

▪️ Observing that the $600 million meant for Covid-19 purposes did not filter into the schools as evidenced by acute shortage of PPEs and other Covid-19 abatement items in most of the schools;

▪️ Aware that Government is still acting in denial about the situation in our schools as evidenced by their threats to fire teachers or cease their salaries and pretending that the school system is functioning normally;

▪️ Shocked by some acts of ‘benevolence’ in the form of food handouts by some misguided elements who want to hijack the teachers’ incapacitation for personal aggrandizement.

Therefore, we, the undersigned teachers’ representatives, do hereby reiterate that:

▪️ No amount of force or threat can capacitate teachers who have all tested positive to poverty. The employer should swallow her pride and do the right thing.

▪️ The nation should know that teachers in all public schools are not at work because the government has failed them and will not succumb to any threats. Where there are incidents of teaching taking place, it is just cosmetic.

▪️ Teachers are not for charity but professionals who are only crying for dignified treatment, reasonable salaries and befitting conditions of service.

▪️ It is only through meaningful engagement, improved salaries, eradication of discrimination among government workers, assurance of health and safety of teachers and pupils during this Covid-19 period, and harmonisation of labour laws that teachers’ return to schools can be guaranteed. Once government brings a meaningful offer, teachers are ready to report for duty thereafter.

▪️ We, as teachers, want a separate collective bargaining board where we can then articulate the education specific issues unlike the current scenario where the education sector is bundled up with everyone else.

▪️ Teachers should remain resolute and focused on our demands. All pusillanimous tendencies should be a thing of the past going forward. Teachers should encourage those who are still reporting for duty to join others in showing government that we deserve better.

▪️ Teachers are not against parents and students. In actual fact, what teachers are simply saying is that it is very dangerous to entrust the future on learners in the hands of a frustrated, poorly remunerated and stressed teachers. Once the impasse is resolved, teachers will do everything possible to help their learners.

▪️ President E. D. Mnangagwa should not ignore the plight of teachers. We don’t want to believe that he would want to be remembered for destroying the education system of this country.

Full Statement: Teacher's Unions Respond To Claims That They Are Holding Govt Ransom

HARARE - Zimbabwe's various Teacher's Unions have collectively issued a statement reaffirming their position that they will not be reporting to work until government addresses their concerns and demands. Majority of the teachers have not reported for dut...
Share via
x
More Information
x