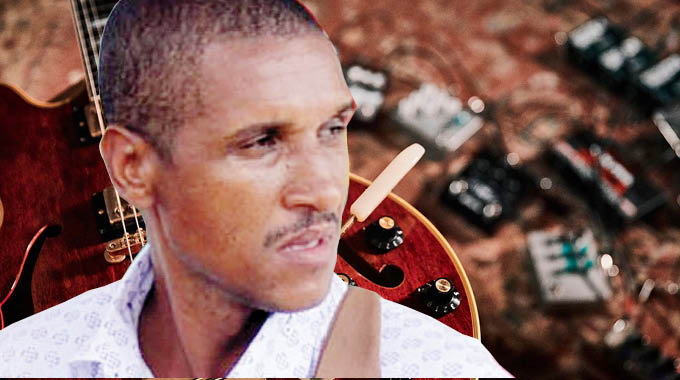 MIDLANDS – Gift Amuli, the talented sungura musician who recently switched from being an entertainer to become a traditional healer, has hit the ground running, with illegal gold panners proving to be the majority of his clients. In fact, the illegal miners have literally set camp at his shrine. Amuli is based in the gold-rich Zvishavane and illegal gold panners and dealers, some of whom are coming from nearby Shurugwi and from other corners of the country, are finding his ‘spiritual’ powers highly useful.

The “Bhora Mberi” singer said he is currently overwhelmed.

“My brother, things can be hectic sometimes. Gold miners and buyers are always at my shrine seeking my services. I am being forced to work during the day and at night,” Amuli said.

The “Wamatuka” singer, who enthusiastically talked about his life as a traditional healer, attributed the switch from music to traditional healing to a number of factors.

“I was lucky the traditional healer I consulted was genuine and did not steal my gift like other bogus healers would do in such a scenario.”

“Since 2014, things have been tight. My career as a musician stalled and some of the band members left me and started their own things. I then decided to go into traditional healing full-time,” he revealed.

The veteran sungura singer grew up in the custody of his maternal family.

Among his parents, his father was white a factor that has left some keen on knowing the source of his healing gift.

“Anything is possible in the supernatural world. It is not cast in stone that one can only become a traditional healer based on the powers obtained from patriarchal ancestors. Anyone can receive the calling any time and the sources differ.

“We have several traditional healers in the country and it does not mean they all had spiritually gifted ancestors. It can simply start from you,” said Amuli.

He regrets getting into traditional healing later in life.

“I should have listened to my instincts and became a traditional healer earlier. I wasted a lot of years. I should have helped a lot of people by now and probably my life would have taken a different course.”

Amuli has since invited people with all sorts of problems to visit his shrine as he has the ability to deal with a number of issues including broken marriages.

MIDLANDS - Gift Amuli, the talented sungura musician who recently switched from being an entertainer to become a traditional healer, has hit the ground running, with illegal gold panners proving to be the majority of his clients. In fact, the illegal miner...
Share via
x
More Information