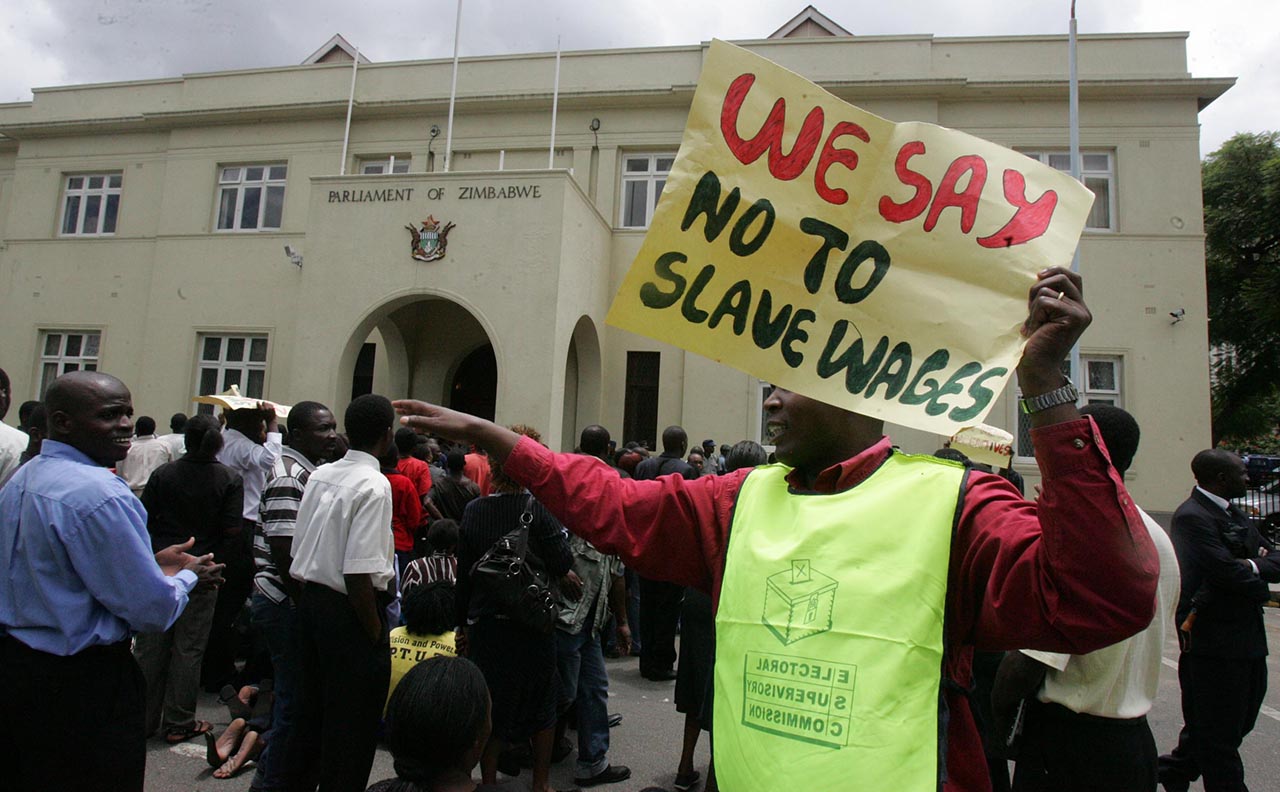 HARARE – The Zimbabwe Confederation of Public Sector Trade Unions (ZCPSTU) has notified government that civil servants will start reporting for duty twice a week only with effect from 12 April 2021 as tensions continue to escalate over the salary demands.

The government presented a 25% increase at the latest negotiation meeting.

However, civil servants are demanding the restoration of their salaries to pre-2018 levels with their current salaries seriously eroded due to inflation.

“Following an offer of 25 per cent of one’s current earnings which the Government brought on the negotiating table in the previous NJNC meeting set to be effected on 1 April 2021, which proved to be incapable of addressing civil servants capacity to execute their duties, ZCPSTU representing all member unions do hereby notifying your august office that all civil servants will, starting on 12 April 2021 report for duty twice a week,” read part of the letter.

The ZCPSTU also said the employer was making unilateral decisions outside the negotiation platforms hence making the platform useless.

“This resolution passed on by the full ZCPSTU council is informed by the following; the prevailing economic situation no longer resonates well with the civil servants ‘salaries, the employer takes longer in responding to workers plight whilst they languish in acute poverty, the employer is making unilateral decisions in implanting offers that are not agreed upon in the NJNC rendering the negotiation process invalid.”

It has been two years with the two parties failing to reach an agreement on the wage war with the government insisting it is not able to sustain the demands from the employees.

Last week, the teachers were the first to announce the latest action against the employer as they announced that they will be reporting for work three times a week with immediate effect.

Give Us A Living Wage Or We Report For Duty Twice A Week: Civil Servants

HARARE - The Zimbabwe Confederation of Public Sector Trade Unions (ZCPSTU) has notified government that civil servants will start reporting for duty twice a week only with effect from 12 April 2021 as tensions continue to escalate over the salary demands. ...
Share via
x
More Information
x