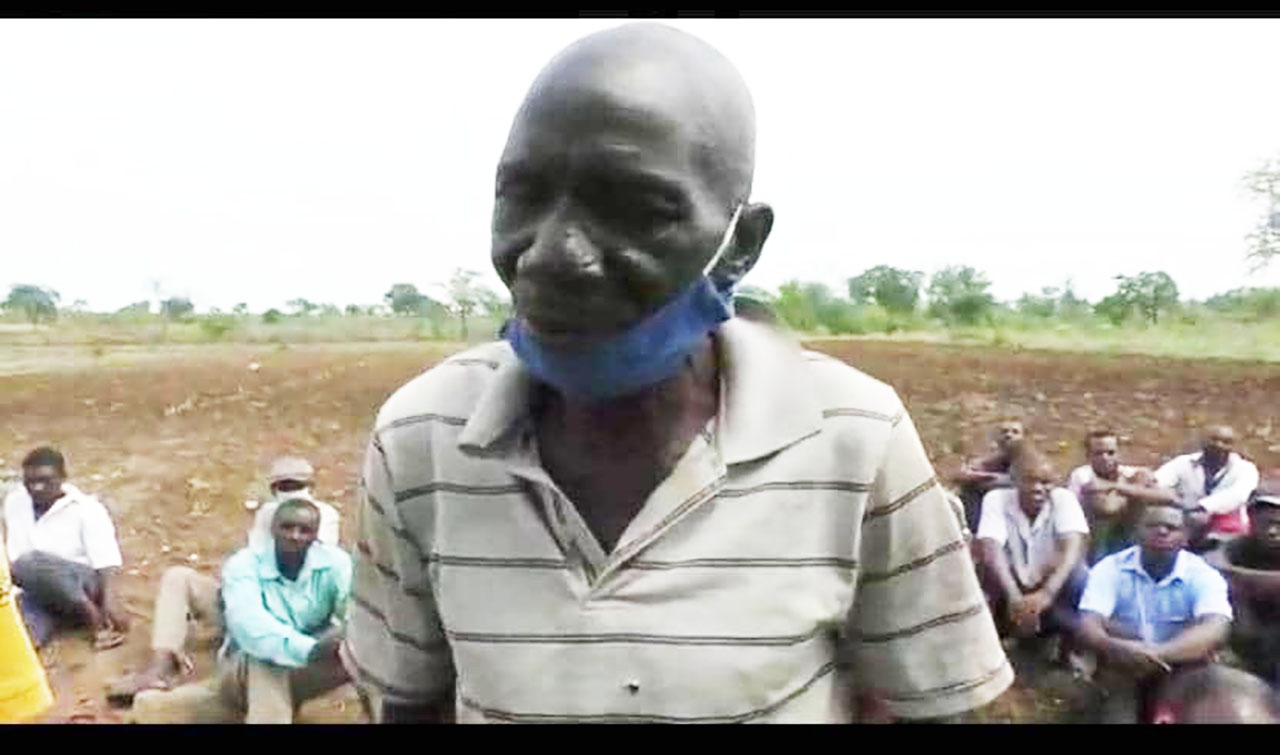 CHIREDZI – Some 40 km north of Chiredzi Town in Zvemombe Village in Magudu Ranch in Chiredzi North, a family has suddenly fallen under the terror of suspected goblins. Newman Zukwa who is aged  64 told The Mirror in an interview that his family knows no peace since the end of November. He says it all started on a  Saturday when they were eating and they suddenly started seeing hot ash and soil being thrown into their children’s food. Later on they saw stones being thrown on Zukwa’s old father.

Zukwa has three  children, a boy and two girls and the two girls and their grandfather (Zukwa’s father)  have been the target of the invisible goblin attacks. They attend school and these days they are no longer going to school due to the attacks.

Zukwa stays home with the children, his wife and his father. His first wife died in 2012.

Zukwa said that the goblins pour sand and hot ash on the children’s food and on their bodies. Bricks are also thrown on the children and they feel the pain. The ash and sand are usually thrown into the food when the children are eating between 6am and 12pm.

When the ash and sand are poured on the food, the family prays about it but nothing changes, said Zukwa.

The hot ash thrown on them causes their bodies to be sore.

The area has no Chief.

The Village Development Committee (VIDCO) chairman Nelson Maphosa confirmed the mysterious happenings and said he has witnessed stones, ash and sand being thrown at the family.

“I also went there and I witnessed the mysterious happenings. I saw stones being thrown on the two girls and Zukwa’s father has a scar he got from the attack, “said Maphosa.

“The attack started two weeks ago and the children and my father were the only ones affected. The situation got worse last Wednesday and we could not sleep as the suspected goblins would be throwing bricks.

“For the first time I had to wake up neighbours and ask them to come and witness the mysterious things that were happening in my home.  The neighbours came and witnessed the throwing of ash which started at 4am  and lasted until 12 pm in the afternoon, “said Zukwa.

“We see sand in broad daylight coming from nowhere and being poured into children’s food and at times we see ash and bricks thrown at the children.

“When these things started I thought they will end soon but it’s happening every day.  I eventually had to gather neighbours for prayer sessions but this has not helped much as the children continue to be attacked, “said Zukwa.

A neighbor who requested anonymity said she saw dust, ashes and a brick being  thrown at the children but could not see who was throwing them.

Another neighbour, Zachariah Toperesu suspected that Zukwa must have tried to get some charm and this is backfiring.

“Zukwa must know what is causing all this. He is merely ashamed to say the truth. Many people think that this has something to do with his late wife,” said Toperesu.

Chiredzi North MP, Roy Bhila confirmed the mysterious happenings and said he visited the place after he got calls from the villagers.

“Something must be done for the sake of the peace of the children,” said Bhila.

CHIREDZI – Some 40 km north of Chiredzi Town in Zvemombe Village in Magudu Ranch in Chiredzi North, a family has suddenly fallen under the terror of suspected goblins. Newman Zukwa who is aged  64 told The Mirror in an interview that his family knows n...
Share via
x
More Information