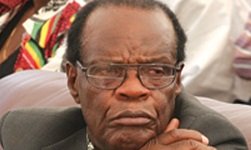 ZIMBABWE – For foreign men wanting to marry Zimbabwean women, it is usually not about love, but an opportunity to settle in the country.

Following a litany of sham marriages entered into with foreigners with an ulterior motive to settle in Zimbabwe, the government’s hand became a key determinant in whether such a union goes ahead or not.

The government now vets potential foreign suitors. They have their fingerprints taken. They require police clearances. The suitors are treated with suspicion.

In the end, government decides on suitability of the foreign husband and not the besotted woman.

One of such causalities was former MDC-T legislator Evelyn Masaiti, who had a difficult time when she tried to officialise her relationship with her Cameroonian lover, with a magistrate saying their marriage was suspicious.

The magistrate demanded that Masaiti’s fiancé, Pentecote Ayina, who is 10 years her junior, must produce a “certificate of no marriage” from her country to prove that the two were not entering into a marriage of convenience.

In 2012, the Zimbabwe government introduced a new marriage certificate to curb “sham” marriages between locals and foreigners.

The move followed a flurry of such unions driven purely by greed or convenience.

Several cases were heard in court of how local women were being put on a “salary” by their fake foreign husbands.

Zimbabwean authorities accused the foreigners, mostly from Nigeria and the Democratic Republic of Congo, of entering into marriages of convenience to secure Zimbabwean citizenship or residence permits.

Initially, the move was celebrated, but before long, the stringent requirements of the new provisions became cumbersome to genuine couples, who got caught up in the sticky processes.

Foreigners intending to marry Zimbabweans are required to produce an original certificate of no marriage from their country of origin, which will be verified before they are allowed to tie the knot.

“The move was necessitated by the need to curb marriages of convenience that had become rampant involving foreigners,” Registrar-General (RG) Tobaiwa Mudede said.
The new marriage registers are quite different from the previous ones and bear several security features that make it difficult to reproduce.

For a Zimbabwean to marry a foreigner, the latter has four conditions that they should fulfil.

The foreigner is also required to obtain clearance from Zimbabwe immigration authorities as proof of legal entry, and last, a Zimbabwe Republic Police clearance.
However, couples have cried foul, saying the process has become too restrictive and the “benefits” intended were now being eroded.

“I had to wait for a very long time to tie the knot with my Tanzanian beau. The process and the demands were just too much,” complained a 26-year-old Zimbabwean woman now married to her Tanzanian husband.

She claimed that the numerous requirements almost cost her relationship.

An article published in Buwa: A Journal for Women’s Experiences disputes the RG’s explanation that police clearances letters will help reduce unions with convicted criminals.

“This places the need to ‘protect’ citizens directly above one’s freedom to choose whom to marry. While little explanation has been given as to what ex-convicts have to do to be able to marry a Zimbabwean, the RG’s new rules limit the ability of Zimbabweans to choose whom to settle down with,” part of the piece read.

This new law, though lauded for its good intentions, has also been criticised for being unevenly applied because so far, only male foreigners are being strictly ordered to produce a police clearance, while the authorities are a bit lax on females.

The restrictive measures also became apparent in the last xenophobic attacks in South Africa, when some South African women who were married to Zimbabwean men wanted to accompany their displaced spouses to Zimbabwe.

However, the RG believes that the changes have benefited not only Zimbabweans, but even countries beyond it who have expressed appreciation of the move.

“Since the introduction of these new registers, the office has not recorded any new cases of marriages of convenience,” Mudede said.

“Several women were duped by these foreigners who used them to get residence permits and did not care about their well-being,” she said.

Tandi said people should actually applaud the move, as it would flash out criminal elements that had run away from their country of origin.
“It is an advantage to know exactly the kind of partner you are marrying,” she said.

Meanwhile, according to the laws of Zimbabwe, every magistrate is automatically a marriage officer.

Apart from magistrates, ministers of religion can also be marriage officers appointed by the Minister of Justice, under whose ministry the Act is administered.

Under the new regulations, marriage officers are now required to produce marriage licences before being given the new marriage registers.

ZIMBABWE - For foreign men wanting to marry Zimbabwean women, it is usually not about love, but an opportunity to settle in the country. Following a litany of sham marriages entered into with foreigners with an ulterior motive to settle in Zimbabwe, the go...
Share via
x
More Information