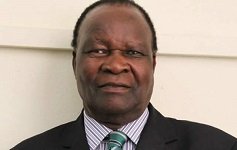 ZIMBABWE – The distribution of over 1 500 tonnes of maize produced under the winter maize project in Chiredzi will start soon after President Mugabe granted the Masvingo provincial leadership the nod to allocate grain and ease food shortages.

This comes as Public Service, Labour and Social Welfare Minister Prisca Mupfumira recently indicated that the number of people needing food aid could have doubled from last year’s statstics of 1,5 million to 3 million given the effects of the El Nino phenomenon.

As such, Government has intensified efforts to import over 700 000 tonnes from Zambia and other sources to ensure no one starves.

Crops in some parts of Matabeleland provinces, the Midlands, Masvingo and Manicaland have been declared a right off.

The maize that is set to be distributed was harvested over two months ago after Lowveld sugar producer Tongaat Hulett committed 329 hectares of irrigation land to grow winter maize in response to the drought that caused severe food shortages here and other parts of the country.

Cde Hungwe, who is secretary for production in the Politburo, yesterday confirmed that the winter maize would soon be distributed to villagers here.

“We are happy that harvesting of the winter maize was completed a few months ago and about 1 400 tonnes of grain were realised from the venture and we informed President Mugabe about the development and he gave us the green light to distribute the maize to families faced with hunger,’’ he said.

‘‘Plans are now at an advanced stage to set up a committee that will oversee the distribution of the maize and we are happy that President Mugabe said it was his wish that the maize benefits people in all parts of Masvingo province,’’ added Cde Hungwe.

The Zanu PF secretary for production heaped praise on Tongaat Hulett for helping Government fulfil some of its Zim-Asset goals by producing winter maize to ease effects of the prevailing El-Nino induced drought sweeping across Zimbabwe.

He challenged other companies to take a leaf from Tongaat and also come up with projects that help Government to cope with the prevailing drought which has been described as one of the worst in living memory.

Last year, Tongaat Hulett set aside part of its land reserved for growing cane under irrigation and planted winter maize in a $500 000 project which the firm said was part of its community responsibility programme in response to the prevailing drought.

This is not the first time that Cde Hungwe has turned to Tongaat for production of winter maize to ease food shortages in Masvingo. The sugar cane producer first grew winter maize following the 1992 drought after a request from Cde Hungwe, who was then Masvingo provincial governor.

ZIMBABWE - The distribution of over 1 500 tonnes of maize produced under the winter maize project in Chiredzi will start soon after President Mugabe granted the Masvingo provincial leadership the nod to allocate grain and ease food shortages. This comes as...
Share via
x
More Information