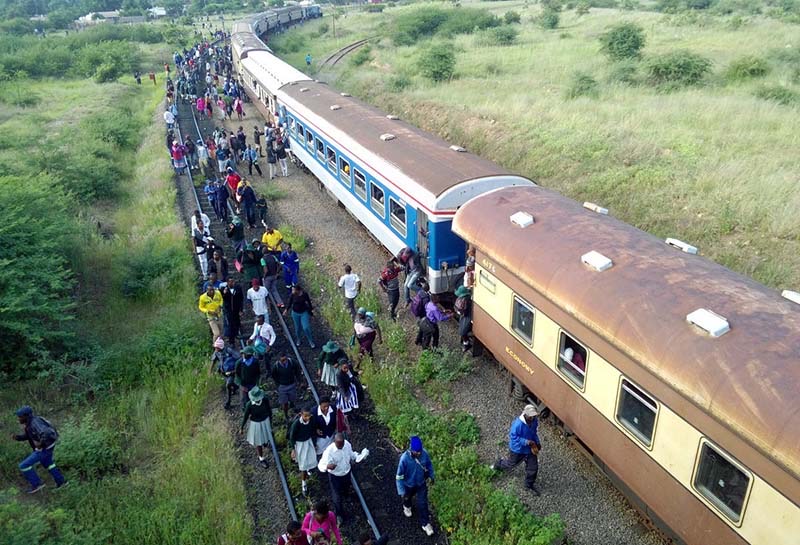 HARARE – Commuter passenger rail service is expected to start this afternoon with three routes at peak periods along the main east-west railway line through Harare as Zupco and National Railways of Zimbabwe introduce rail coaches to ease congestion in and out of the city centre to the eastern and western suburbs.

Similar services in Bulawayo are now being arranged. The Harare trains are scheduled to start carrying passengers this afternoon and the fare will be the same as those charged by Zupco buses and kombis on the same routes, $60 a trip. Zupco is planning feeder services from the suburban stations that passengers can use on the same ticket as the train, so there will be no extra charge for the final leg going home or the initial leg going to work.

Friday afternoon saw serious congestion at city terminuses. Besides the rail service, Zupco is now on a drive to recruit more franchise holders and has invited all owners of roadworthy buses and kombis to join the fleet and is working with the police to see how buses can be given priority at peak periods so as to speed-up turnaround times.

According to the initial rail timetables issued by Zupco, the three rail services will run from the city centre to Ruwa, Tynwald and Mufakose. The Tynwald route sees the coaches leaving Harare railway station at 5:45am and arriving in Tynwald at 6:30am with stops at Lever Brothers, Lochinvar, Kambuzuma and Warren Park. It leaves Tynwald on the return trip at 6:45am and with the same stops arrives in the city centre at 7:30am.

The afternoon service leaves the city at 5:30pm arriving in Mufakose at 6:15pm while the return trip leaves at 6:30pm and arrives in the city centre at 7:20pm.

The eastern route is the Ruwa-City service. This leaves Harare railway station at 5:30am with stops at Hillside and Mabvuku before arriving in Ruwa at 6:25am. It leaves that town at 6:40am and arrives in the city centre, with the same stops, at 7:35am.

The afternoon service leaves the city at 5:20pm, arriving Ruwa at 6:30pm and returns at 6:40pm arriving in the city at 7:35pm. The Mabvuku stop is 15 minutes after leaving Ruwa or before Ruwa, depending on direction.

The company also appealed to the travelling public to be patient as they restore the normal public transport system in urban areas.

RegisterToVOTE2023 HARARE - Commuter passenger rail service is expected to start this afternoon with three routes at peak periods along the main east-west railway line through Harare as Zupco and National Railways of Zimbabwe introduce rail coaches to ease...
Share via
x
More Information