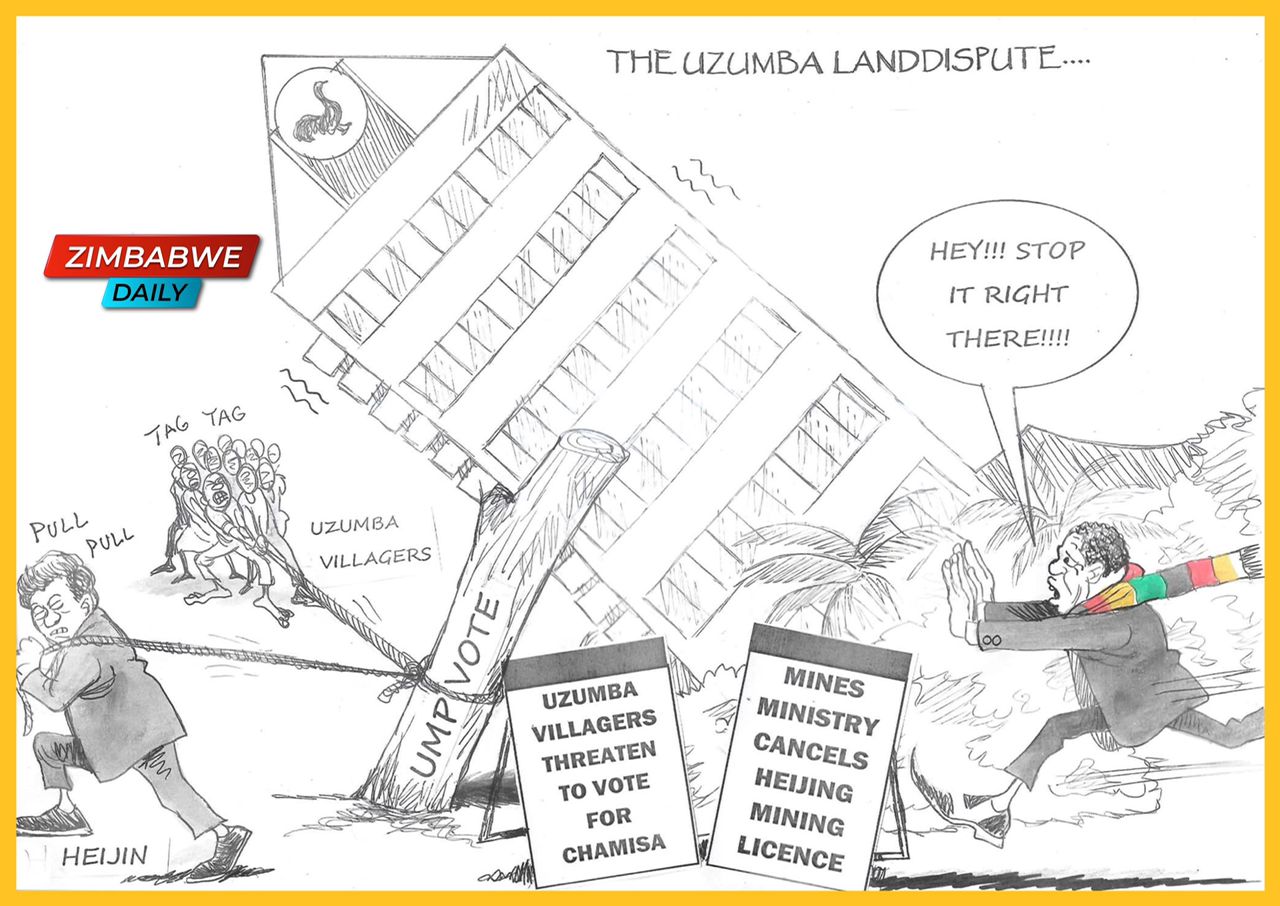 MASHONALAND EAST – The Mines Ministry has, with immediate effect, cancelled all the mining activities of the Chinese-owned Heijin Mining Company in Uzumba, Mashonaland East Province. The mine was prospecting for black granite in the area.

The cancellation comes after local villagers demonstrated over plans to evict them by the Chinese miner.

Villagers in Uzumba, a strong Zanu-PF stronghold, had, in turn, threatened not to vote for the ruling party in the 2023 national elections, and instead vote for the opposition MDC Alliance led by Nelson Chamisa.

Opposition officials had also set a base in Uzumba in sympathy with the affected villagers.

Heijin was on the verge of evicting hundreds of villagers under Kaseke village after it was granted a special mining grant to extract black granite by the Mines Ministry.

Tendai Kashiri, the Mines Ministry Mashonaland East provincial mining director wrote to Heijin: “Following complaints made to this office by Kaseke community, Chief Nyajina and Councillor Marowa regarding registration of two blocks of base material claims in Uzumba, this office visited the two blocks to assess the facts on the ground on the 9th September 2021.

“The assessment found out that the two blocks of claims registered encompassing people’s homestead and fields in Uzumba without the consent of the occupants of the portions of that land.”

“In view of the above, notice is hereby given of the intention to cancel the Certification of Registration for Kaseke (Registartion Number ME 1256BM) and Chibvi 2 (Registration Number ME1253BM) in terms of Section 50(1) of the Mines and Minerals Act {Chapter 21:05}.

“The proposed date of cancellation of the Certification of Registration for the two blocks is 6 December 2021.”

However, Kashiri advised the Chinese miner that it can appeal against the cancellation of the license up to the first week of December.

“You may at any time before 6 December appeal in writing to the (Mines) Minister (Winston Chitando) against the cancellation,” Kashiri said.

“By copy of this notice, you are hereby advised that any mining and allied operations on these two blocks are suspended with immediate effect.”
[NewZimbabwe]

MASHONALAND EAST - The Mines Ministry has, with immediate effect, cancelled all the mining activities of the Chinese-owned Heijin Mining Company in Uzumba, Mashonaland East Province. The mine was prospecting for black granite in the area. The cancellation ...
Share via
x
More Information