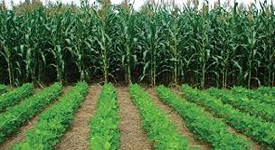 ZIMBABWE – The Ministry of Agriculture, Mechanisation and Irrigation Development has mobilised 16 000 doses of anthrax vaccines for livestock in Filabusi area in the Umzingwane District of Matabeleland South.

This followed an anthrax outbreak in Filabusi, which left 45 cattle dead, and 53 people hospitalised after eating meat from infected carcasses.

The Department of Veterinary Services (DVS) director, Dr Josphat Nyika yesterday said there have not been any further infections reported on livestock or human beings.

“We have mobilised 16 000 doses of vaccines and these are enough for the vaccination of cattle, goats and sheep in the affected area. Anthrax affects all warm blooded animals including human beings.

“The parliamentary portfolio committee on Lands, Agriculture, Mechanisation and Irrigation will tour the affected area next week to assess the situation,” he said.

Dr Nyika said the DVS was continuing with roadblocks and veterinary checks to minimise the spread of the disease.

“DVS teams are still on the ground to ensure there is no movement of cattle into the quarantine points. We are also monitoring abattoirs and all slaughtering activities,” he said.

Dr Nyika said anthrax outbreaks were common during the rain season because of the rains that wash away the top soil and expose spores.

The ministries of Agriculture, Mechanisation and Irrigation Development and Health and child Care formed a joint campaign to alert the public to refrain from eating meat or uninspected from animals that die from natural causes. All anthrax carcasses should not be opened.

Signs of anthrax include sudden death of livestock, rapid decomposition of the bloated carcasses, tarry blood coming out of all natural openings.

Dr Nyika urged farmers to report to the police or nearest veterinary offices any incidents of sudden death of cattle.

Anthrax is an acute disease caused by the bacterium bacillus anthracis. Most forms of the disease are lethal, and it affects mostly animals. It can be transmitted through contact with infected meat. Anthrax dormant spores are able to survive in the soil for more than 45 years.

No bonus joy for civil servants

My husband is fine – Elizabeth

ZIMBABWE - The Ministry of Agriculture, Mechanisation and Irrigation Development has mobilised 16 000 doses of anthrax vaccines for livestock in Filabusi area in the Umzingwane District of Matabeleland South. This followed an anthrax outbreak in Filabusi, ...
Share via
x
More Information
x