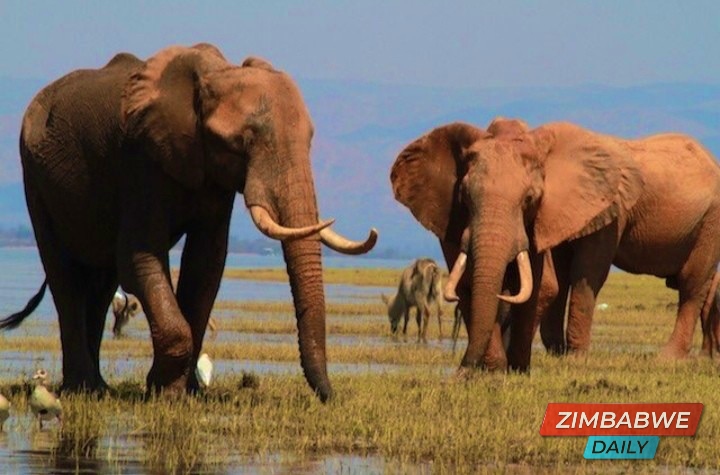 Experts are warning that if this process leads to mining within the park then it poses a threat to endangered species.

The Park is already home to about 10% of the remaining wild elephants in Africa and boasts of the largest diverse mamals among the world’s national parks.

“If it goes ahead it be will be the end of the park. It would kill the tourism industry which is worth hundreds of millions of dollars,” said Trevor Lane who has been working at Hwange with Bhejane Trust for more than 10 years now.

He also predicted that this will likely lead to a massive campaign against this action.

Lukosi residents in Hwange have already filed a petition this year complaining of air and water pollution by other mining companies within the area.

This move has sparked outrage on  social media with many people expressing concern that this would harm the environment and also the tourism industry.

Many feel this Chinese exploration will only benefit a few as with recent mining activities that have been done by Chinese companies in Zimbabwe, for example Anjin.

The conservationists warn this will shrink and disturb the habitant of many rare species within the site including black rhinos and pangolin among others.

It is feared that these disturbances will have a negative effect on safari tourism which is a source of income for not only the local people but also vital for the national economy.

The company conducting the environmental assessment impact, SustiGlobal confirmed that the Ministry of Mines had already approved an initial prospectus for exploring inside the park.

HWANGE - Government has granted permission for mining processes at Hwange National Park to two Chinese companies, Zhongxin Coal Mining Group and Afrochine Smelting. Experts are warning that if this process leads to mining within the park then it poses a th...
Share via
x
More Information