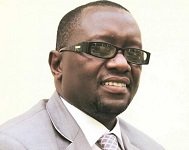 Deputy Minister Matangaidze said this while fielding questions in Senate.

Manicaland Senator Shadreck Chipanga (Zanu-PF) had asked Deputy Minister Matangaidze to explain about the “hullabaloo” regarding the withdrawal of teachers’ leave.

Several Senators subsequently took turns to probe the Deputy Minister on the matter.

Deputy Minister Matangaidze said the origin of teachers’ leave structure came from the fact that the country used to rely on expatriates who constantly wanted to go back to their countries.

“The challenge we have now is that we have conditions of service that we have agreed with them over the years. To amend them has (legal) implications. But I think you will agree with me that the leave conditions for teachers are different from those that are entitled to other civil servants,” said Deputy Minister Matangaidze.

He said Government had in the meantime suspended employment of relief teachers.

“We are assessing the whole situation on what can be done. We are looking at the justification of the leave after seven years in light of the fact that they take three months rest a year,” he said.

Responding to another question Agriculture, Mechanisation and Irrigation Development Deputy Minister Paddy Zhanda, said Government would restrict quantities of grain one would be allowed to buy from Grain Marketing Board.

This followed the reduction of the price from $23 per 50kg to $15 to assist ordinary people affected by El-Nino induced drought.
“No one will be allowed to buy the maize for commercial purposes like milling for business. Yes the reduction can be an avenue of abuse so a limit will be imposed on what one can buy,” said Deputy Minister Zhanda.

Deputy Minister Zhanda said the issue could be looked into and where there was a compelling case it could be acceded to.