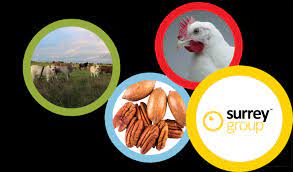 MARONDERA – Armed robbers at the weekend raided Surrey Farm in Marondera and kidnapped a security guard, before stealing 12 aluminium pipes.

The daring robbers reportedly processed the pipes for close to four hours for easy transportation.

The robbery came a fortnight after farm manager Simon Arnold was attacked by six armed men, who robbed him of US$1 500 and three firearms at the same premises.

“Police have launched a manhunt for the three suspects who stole aluminium pipes at Surrey Farm in Marondera. We appeal to anyone with information that may lead to the arrest of the suspects to alert the police,” he said.

It is alleged that on December 12 at around midnight, three men armed with logs pounced on Jameson Sande (43), a security guard who was guarding the pipes.

The suspects handcuffed before tying him to a tree.

The suspects then took 12 aluminium pipes, cut them into pieces, and loaded them together with the guard’s bicycle, cellphone and torch in their gateaway car before driving off.

Sande was rescued in the morning by a colleague before filing a report at Marondera Rural Police Station.

MARONDERA - Armed robbers at the weekend raided Surrey Farm in Marondera and kidnapped a security guard, before stealing 12 aluminium pipes. The daring robbers reportedly processed the pipes for close to four hours for easy transportation. The robbery came...
Share via
x
More Information