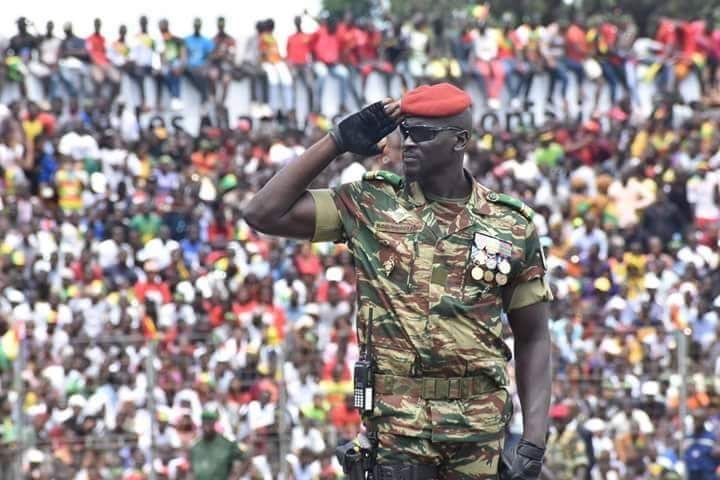 #GUINEA – The junta that seized power in the West African state of Guinea has unveiled a “transitional charter” that it says will steer the country back to civilian rule.

The document, read out on national television late Monday, sets down a series of tasks, including the drafting of a new constitution and holding “free, democratic and transparent” elections, although it does not spell out how long the transition will last.

Troops led by a special forces colonel, Mamady Doumbouya, on September 5 arrested 83-year-old President Alpha Conde, who had been battling a wave of unpopularity.

Conde became Guinea’s first democratically elected president in 2010 and was re-elected in 2015.

But last year he pushed through a controversial new constitution that allowed him to run for a third term in October 2020.

The move sparked mass demonstrations in which dozens of protesters were killed. Conde won re-election but the political opposition maintained the poll was a sham.

The new charter identifies four institutions or figures that will be in charge of the transition.

They are the National Rallying Committee for Development (CNRD) set up by the junta and headed by Doumbaya; the president of the transition, who will also serve as the head of the CNRD, head of state and armed forces chief; a government headed by a civilian prime minister; and a legislative body called the National Transition Council or CNT.

No member of these institutions will be allowed to take part “in either national or local elections, which will be organised at the end of the transition period”.

The duration of the transition “will be set down by joint agreement among the living forces of the nation” and the CNRD, according to the charter.

Guinea’s neighbours in the Economic Community of West African States (ECOWAS) are deeply worried by the turbulence in Guinea, one of the poorest and most volatile countries in Africa.

The coup is the second to take place in the region, after Mali, in less than 13 months.

ECOWAS is demanding that elections be held within six months, as well as the release of Conde.

Guinea’s ambassador to the United Nations told the UN General Assembly on Monday that the electoral rolls would be revised and the new constitution would be drafted ahead of new elections.

The CNT, comprising 81 members drawn from political parties, civil society, trade unions, employers, the security forces and other bodies, will be tasked with drawing up the new constitution.

No members of Conde’s government or the institutions of the former regime can be named to it.

The FNDC coalition, which spearheaded the protests against Conde, on Friday called for a hundred people to be excluded from the transition process, including former ministers, judges, governors and other politicians.

Doumbouya visited the Bambeto cemetery in the suburbs of capital Conakry on Monday to pay respects to those killed during the crackdown on protests against Conde’s third term.

The FNDC welcomed Doumbouya’s visit to the cemetary, calling it a “highly symbolic act”.

It said it hoped the visit “will be followed by the organisation of a fair and equitable trial so that those responsible for the violence can be held accountable for their actions, therefore putting an end to impunity” in Guinea.

And 12 years to the day after more than 150 people were massacred in a Guinea stadium under former army strongman Moussa Dadis Camara, pressure is mounting on the military to start the trial of those suspected of being behind the violence.

Several humanitarian organisations, including local victims, Amnesty International and Human Rights Watch said the families of those killed “should not have to wait any longer for justice”.

“As Guinea embarks on a political transition process… the opening of this trial would send a strong signal that the authorities are willing to put respect for human rights and the fight against impunity at the centre of their priorities,” the groups said in a statement.

#GUINEA - The junta that seized power in the West African state of Guinea has unveiled a 'transitional charter' that it says will steer the country back to civilian rule. The document, read out on national television late Monday, sets down a series of ta...
Share via
x
More Information