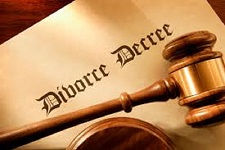 ZIMBABWE – With her head rested in her cupped hands, Cynthia, 26, has a bitter heart that is burdened by her ‘mistake’. Three years ago she walked down the aisle, dressed in a long white dress with her face glowing under a veil and her husband, John, 28, in a tuxedo.

Confetti was flying, and everyone was cheering and celebrating at the wedding.

Now they are both contemplating living separately and may even divorce. No one thought this could happen.

It was a time of ululating when they tied the knot, needless to say that the two had become one flesh, but little had John known that his wife, Cynthia had a secret she had not told him.

The issue of pre-marital sex has wrecked many marriages as many do not tell their loved ones the truth about their status.

Virginity in African societies, in particular Zimbabwe, is regarded with esteem as both boys and girls are discouraged from indulging in sexual activities before marriage.

“That is an old school doctrine because today both young girls and boys are becoming sexually active at 14 or below. It is unimaginable to think that there are people who still value virginity in marriages.

“Whether one is a virgin or not, that does not stop people from enjoying marriage. If one had sex before marriage, people should learn to compromise and live with that. Where can you find a perfect lady?” said Ruvimbo who confessed to having lost her virginity when she was 13.

The girl child has been affected most in marriage.

Premarital sex seems to be the number one cause of divorce as one would have sold their most “prized” strength to another.

While young men charge at their female counterparts for having sex before marriage, they forget that women also wish to be married to virgin men.

“I want to be married to a guy who never defiled himself with any act that has sexual consequences. Bed-hopping is actually a way that will make one person lose affection for their partner because they would have themselves in fornication or adultery.

“While men say they want virgins, it should be reciprocal. One has to keep his virginity with purity,” weighed in Auxillia, a law student at a local university.

Some sentiments that organisations are working towards coming up with mechanisms that will see children as young as 10 years old accessing condoms, birth control pills and implants to prevent teenage pregnancies have been viewed as the genesis of promiscuity.

According to statistics from the United Nations Population Fund (UNFPA), by age 16, 17 percent of girls and 29 percent of boys would have had sexual intercourse.

Most parents are of the view that the initiative to avail condoms to 10-year-olds will promote promiscuity.

“That view that children should access contraceptives is awkward and we will lose generations if people think they are enlightening the nation. Let us stick to God’s word that if you spare the rod you spoil the child.

“At times we need to sit down with the kids so that they know and understand the dangers of such. From a Christian point of view it is really bad to have people indulge in sex before marriage. The devil has made it so fashionable to engage in sexual activities whilst one is not married. Just because many are doing it doesn’t make it right,” said Terrence Jasi, a member of the United Methodist Church in Zimbabwe.

ZIMBABWE - With her head rested in her cupped hands, Cynthia, 26, has a bitter heart that is burdened by her ‘mistake’. Three years ago she walked down the aisle, dressed in a long white dress with her face glowing under a veil and her husband, John, 2...
Share via
x
More Information
x